Now You Can Be a Top Philanthropist

Defining success challenges most people. I’ve asked hundreds what financial success looks like to them. Most can’t answer this question. Those that do usually give a general response like, “I want to be comfortable.” But they don’t give a specific income target. Still, almost everyone wants to give to other people. So, while the Torah is silent about how much money you should make, it’s exact about how to be a top philanthropist. Parshas Behar explains:

If your brother becomes impoverished… you will strengthen him… so that he can live with you. (Vayikra/Leviticus 25:35) 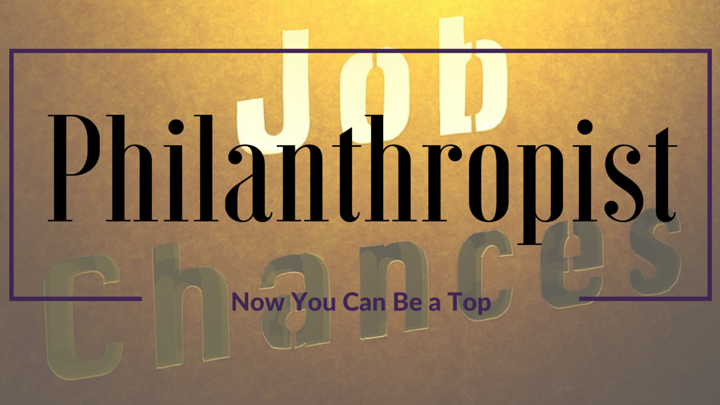 This Sabbath’s parsha teaches about the shemitah or sabbatical year and the yovel or jubilee year. It also gives the laws about selling land, how to prevent poverty, and how to treat a Jewish servant.

How to Be Charitable

The great Rabbi Moshe ben Maimon describes eight levels of charity. From lowest to highest they are:

When the Torah says to strengthen your impoverished brother, it’s referring to level 8. Help someone find a job or give him some work. Partner with someone in a business venture or lend him the money to start one. The top philanthropist helps another become self-sufficient.

The Benefit of Being a Top Philanthropist

Add to the list being charitable. Giving to and helping people reduces mortality by lowering stress.

Now you can see the depth of G-d’s love. He created a world where when you’re a top philanthropist it helps you too. Giving lengthens your life. So do relationships. When someone profits through using your contacts you merit an even longer life.

It doesn’t matter how you define success. You can connect those less fortunate than you with people who can help them. You can train someone in a valuable skill or encourage him. Give a person a leg up and join the ranks of the top philanthropists of all time.

What do you do to be charitable? Please comment below.


This entry was posted on Wednesday, May 25th, 2016 at 03:30 and is filed under Ethics & Values, Scripture, Transitions. You can follow any responses to this entry through the RSS 2.0 feed. You can skip to the end and leave a response. Pinging is currently not allowed.

Cancel Reply
« The One Thing You Must Do to Get What You Want
Want to Be Happier? Limit Your Choices … »