How to Put Your Negative Traits to Good Use

I know service members raised in terrible circumstances who completely turned their lives around. Being in the military helped them along the way. But their transformations were not inevitable. They could just as easily have gone the other way. Parshas Toldos gets at the root of how they changed: 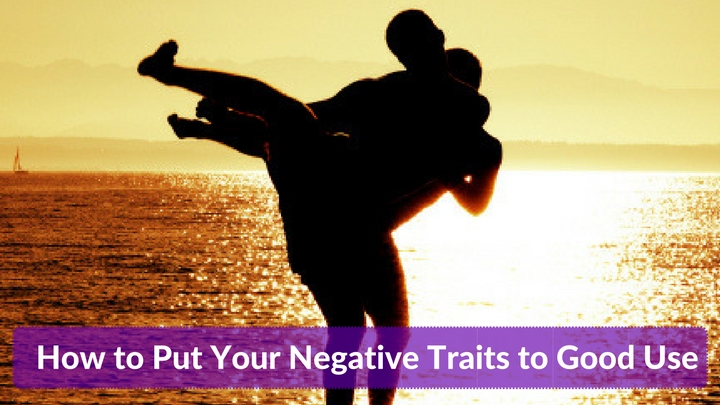 This Sabbath’s parsha begins with the birth of Jacob and Esau. Their respective characters become evident when Esau sells his birthright to Jacob for some lentil stew. A famine forces Isaac to move to Gerar. He wrangles with the Philistines and makes a treaty with Abimelech.

Next Esau marries two Canaanite women. Isaac blesses Jacob and Esau. Then, though he sold his birthright, Esau hates Jacob for getting the blessing of the first-born. So Jacob flees to his grandfather’s house. Before he leaves, Isaac tells him not to marry a Canaanite woman. The parsha ends with Esau marrying a third time. Who needs Dynasty?

Esau’s redness might have been unremarkable if Jacob was the same. The difference served to contrast their characters. Ruddiness marked Esau as a spiller of blood. He became a great hunter but also a murderer.

The famous King David also was born red. When the prophet Samuel anointed David as king, he was concerned this negative trait marked him as a murderer like Esau. But G-d told him that while Esau killed in cold blood, David would kill only to carry out the verdicts of the Sanhedrin, the supreme court in Jerusalem.

Esau and David got to choose whether to follow or defy their natures. Esau could have used his natural disposition to work for justice like David did. Esau excelled at honoring his mother and father. Rather than embracing this trait and expanding it, he chose the easy path.

He convinced himself that since nature doesn’t change he could not conquer his urges toward evil.

Both were born with the same sign. Esau opted for evil, David for good. Each exercised his free will to a different purpose. Their natures were the same. The paths they chose differed.

On some level, you might sympathize with Esau. Exercising consistent control over negative traits wears you out. Going cold turkey may seem like the only solution. But there is another way.

If you try to go completely against your nature you won’t succeed. Rather seek to understand your character traits, both good and bad.

Find ways to use your bad traits to a good end. ∞ Kevin “Rabs” Bemel

I call this Spiritual Jujitsu. For example, you may be hyper-competitive. Rather than trying to suppress it put it to work helping other people learn to excel.

You must always work on your self-control. But fighting your nature can be a frustrating experience. Esau and King David show that no matter what your nature, you choose the type of life you’ll lead.

Question – If people are born good, as is commonly believed today, why should you be concerned about using Spiritual Jujitsu?


Bible character traits God religion wisdom
This entry was posted on Wednesday, November 30th, 2016 at 03:30 and is filed under Scripture. You can follow any responses to this entry through the RSS 2.0 feed. You can leave a response, or trackback from your own site.

Cancel Reply
« 4 Things You Need to Do to Be Happier
Are You Using This Excuse for Not Reaching Your Goal? »