How to Make a Safer Transition by Taking Risks

Are You Ready to Do What You Haven’t Done Before?

Even if transition assistance programs did their job, your reintegration into civilian life won't be smooth. You have things to learn. Much can't be taught in a classroom. Other aspects take time. Revising your identity and adapting to how our fellow citizens think doesn’t happen overnight. Civilian life makes another big demand… 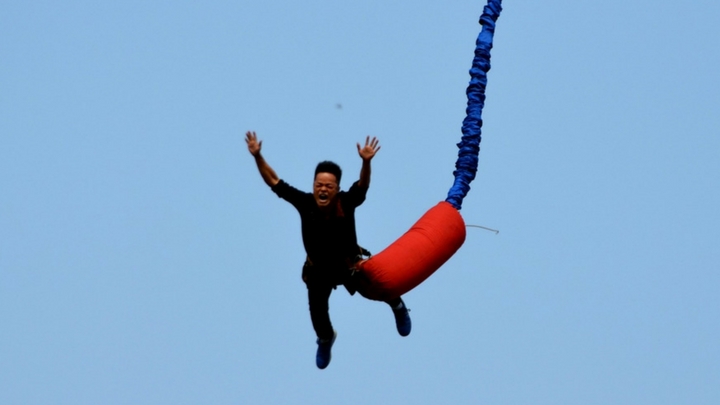 Accept You’ll Have a Bumpy Transition

You know the road to reintegration will have some bumps. You made sacrifices in the military. Civilian life has hard choices too. You’ll still face the tradeoff between time with your family and professional advancement.

Though well on in years, Jacob had to start a new life. In Parshas Mikeitz he faced a gut-wrenching decision:

“Take your brother, arise, and return to the man.”(Beresheis/Genesis 43:13)

A famine in Canaan was so bad Jacob sent ten of his sons to Egypt to buy food. There, they met their brother Joseph, who had become Viceroy of Egypt. But they didn’t recognize him. Joseph knew he had to fulfill the prophecy that his brothers would bow down to him. So Joseph demanded they bring their other brother Benjamin to Egypt.

When the brothers returned to their father they told him about the Viceroy’s demand. Not knowing Joseph was the Viceroy, Jacob wouldn’t consent. But soon he’d be out of food again.

Jacob didn't want to let go of his youngest son. He still adored his deceased wife, Rachel. With Joseph gone, Benjamin was the only child of his beloved wife. A stark choice stood before him. Allow his family to starve. Or let go of his precious Benjamin with no guarantee he’d see him again.

Transitions demand operating outside of your comfort zone. Jacob put his faith in G-d. He took the risk. In doing so, he set in motion events that would raise his family to eminence.

What do you want from civilian life? Does a quiet existence after the rigors of the military sound good? Or do you crave a greater level of success than you’ve had so far? No matter which path you choose, you’ll face difficult decisions.

Your plans may include a modest private sector job. Or you may aim for entrepreneurial greatness. Either way, you want something you haven’t had before. So you’ll have to do something you’ve haven’t done before. You may have to give up a part of yourself you hold dear. You may have to break through barriers to creating new professional relationships.

When an unappealing job seems like the safest option, consider whether you can hang on after six or twelve months doing work you hate. If you avoid confronting your current limitations, you're choosing not to succeed.

Jacob faced enormous hurdles during his life. Some he handled well, other less so. That he let Benjamin go shows he remained willing to face the reality of life. You’ll have to take a risk or two to get something you haven’t had before.

Settling isn't risk-free. It only postpones the day of reckoning. Commit to shouldering the new demands civilian life places on you. And keep the faith.

Question – What unreasonable demand has civilian life placed on you?


Bible God spiritual growth success veterans
This entry was posted on Wednesday, December 13th, 2017 at 03:30 and is filed under Scripture, Transitions. You can follow any responses to this entry through the RSS 2.0 feed. You can skip to the end and leave a response. Pinging is currently not allowed.