How to Improve Your Colleagues’ Ethics

Americans believe that service members’ ethics rank among the highest of any profession. Yet many service members have the opposite view of their fellow citizens. In fact, there are scoundrels in the military and civilian life. Holding to such a high standard causes service members to fall into a trap. Parshas Lech Lecha explains:

“Only what the young men ate and the share of the men that went with me; Aner, Eshkol, and Mamre, they will take their share.” (Genesis/Bereishis 14:24) 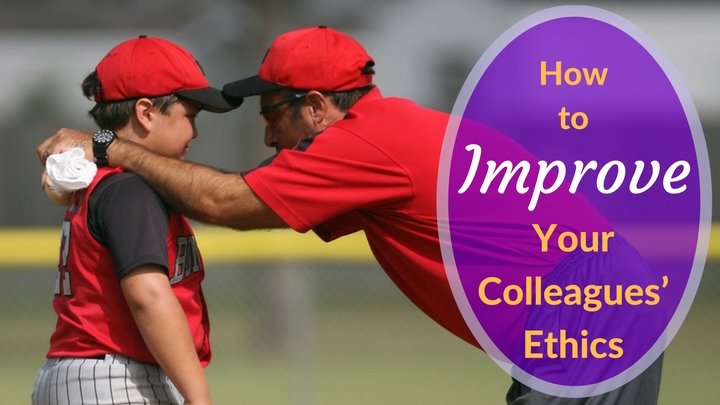 In this Sabbath’s parsha G-d tells Abram (later Abraham) to leave his land and relatives to go to the land of Canaan. Abram sojourns in Egypt during a famine then returns to Canaan. Abram and his nephew Lot part ways. Then G-d promises to give the Land of Canaan to Abram and his descendants. Abram wins a war and rescues Lot. But he turns down the booty that normally goes to the victor.

Next, the Almighty reiterates His promise to give Canaan to Abram and his descendants. Sarai (later Sarah) tells Abram to take her servant for a wife. Then G-d and Abram make the covenant of circumcision. Finally, G-d gives Sarai and Abram new names and the promise of a son to be named Isaac.

Abraham rejected the King of Sodom’s offer to split the war booty. His refusal seems strange in light of America’s practice of giving veterans benefits. Abraham earned his share. And it looks like he violated Henny Youngman's central tenet of Judaism, nem de gelt – get the money.

Shortly after the war Abraham and Sarah have a child. Then G-d tells them another will be coming a year later. Even though they didn’t have to pay college tuition, some extra shekels would have come in handy.

While he appears arrogant, Abraham acted with a holy motive. Not long after this incident, G-d destroyed Sodom because of its depravity. How would it have looked for Abraham to take the booty? The King of Sodom could have said he enriched him. Abraham wanted people to know his wealth came from the Almighty not the ruler of a corrupt nation.

Be the Example Not the Enforcer

That being the case, why did Abraham allow Aner, Eshkol, and Mamre to take a share? If rejecting the spoils was the right thing to do, Abraham should have had his men do so too.

Morality is not the same thing as personal ethics. As the victor in a war, Abraham had a right to the spoils. Keeping them would not have violated any Biblical principle. Abraham’s personal standard prevented his taking the loot. He wished to elevate himself above the minimum requirement.

Each person has a right to be strict with himself. But it’s wrong to force others to be more stringent than the Bible requires. As praiseworthy as Abraham was, it would have been equally inappropriate to place that standard on his men.

Human nature seems to drive people to be tough on others and lenient with themselves. The opposite will build and maintain strong relationships. And, by insisting others live up to your standard you close yourself off from opportunity, like a great job.

Be careful to distinguish between someone acting immorally and not living according to your standard. If you judge someone from the outset you preclude any relationship. Let them find their own path to loftier principles. Show you value the relationship. Then you’ll have the chance to positively influence a colleague’s personal ethics.

Question – How do you show proper regard for another person without compromising your own standards? Please comment below.


This entry was posted on Wednesday, November 9th, 2016 at 03:30 and is filed under Ethics & Values, Relationships, Scripture. You can follow any responses to this entry through the RSS 2.0 feed. You can skip to the end and leave a response. Pinging is currently not allowed.