How to Deal with the Setbacks You Encounter

You straightened out your kid’s school problem. Two weeks later the situation is worse than ever. You made the short list for your perfect job. Someone else got it. You’re back to square zero. You paid off all your debts. Bang! Out of the blue, your car dies. And it’s only Wednesday! I can hear you praying for a peaceful life. You deserve some rest! Parshas Vayeishev explains why you won’t get it: 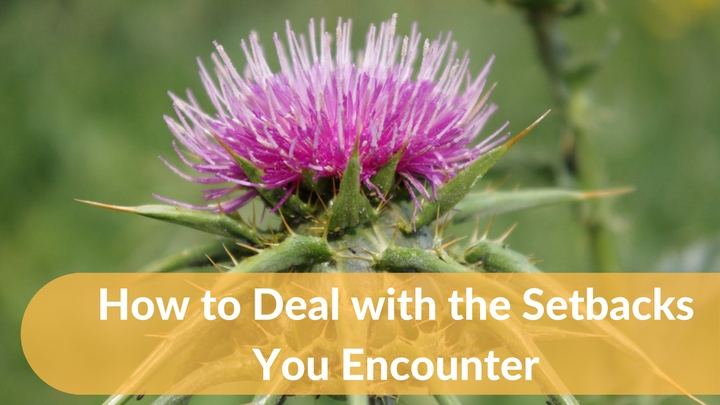 This Sabbath’s parsha begins with Joseph’s prophetic dreams. As a result, his brothers sold him to desert merchants. Arriving in Egypt, they sold him as a slave. All the while Jacob believed he was dead.

In the midst of these travails is the ribald story of Judah and his daughter-in-law Tamar.

Back in Egypt, Joseph rose to run Potiphar’s household. But Potiphar’s wife slandered him. Off to prison he goes. There he interpreted the Chief of Butler’s and Chief of Baker’s dreams. Soon the Israelite’s will descend into slavery.

Why a Peaceful Life Is Bad

Jacob had to flee from his brother who wanted to kill him even though Esau had sold him the birthright. He worked seven years for Rachel and ended up married to Leah. He had to constantly battle his unscrupulous employer Laban to avoid getting cheated.

When Jacob finally returned home he faced annihilation. Shechem abducted and raped his daughter. So two of his sons wiped out every male in Shechem’s city.

After so much turmoil, isn’t Jacob entitled to some rest? The double meaning of dwelling and sitting express Jacob’s wish that he finally get to stand down.

But there’s more trouble in store. G-d is unsympathetic. He says, “The righteous do not consider that which is prepared for them in the World to Come to be enough for them, but they seek to dwell in tranquility in this world too!”

Why You Encounter Setbacks

Have you ever wondered why good people suffer? If G-d loves you why does He allow or bring so much pain into your life?

The Almighty creates each person to be tested and to grow spiritually. At his spiritual level, Jacob was wrong to seek a peaceful life. G-d wants everyone to adopt this attitude.

You will face challenges in life. Each is an opportunity to raise your spiritual level and resilience. Especially when you feel you’re being punished, ask these questions during and after the incident:

G-d is your heavenly parent. He is your teacher. Like the best of both, He challenges you so you will become the best YOU. When you seek a restful life you reject His love. You can deal with the setbacks you encounter. Rather than seeking repose, grow. Pray for strength and guidance.

Question – Does being loving always mean being nice?


Bible G-d Judaism Old Testament punishment reframing spiritual growth Tanach wisdom
This entry was posted on Wednesday, December 21st, 2016 at 03:30 and is filed under Resilience, Scripture. You can follow any responses to this entry through the RSS 2.0 feed. You can leave a response, or trackback from your own site.