How to Get Respect from Civilians the Easy Way

Do You See Nonmilitary People as the Enemy?

Some veterans tell me civilians hate them. When somebody thanks them for their service it’s a lie. Private sector companies don't care about hiring veterans. It’s hard to argue the point. Some civilians despise the military and people who served in it. I don't know the people a veteran has met. Maybe they do hate service members. 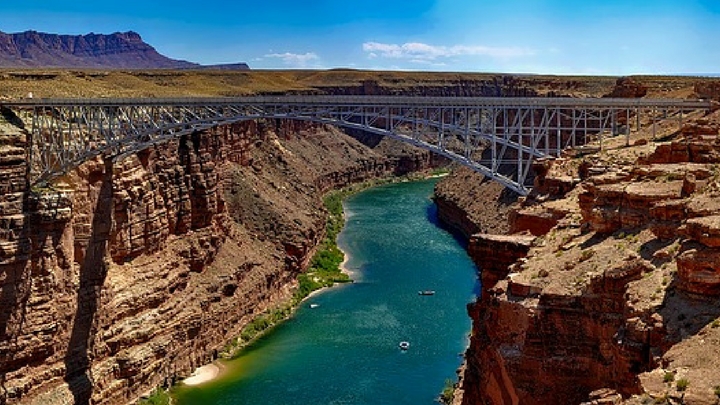 I couldn’t find a study that quantifies the percentage of Americans who hate the military. I read posts on Quora (an example) and Yahoo Answers (another example) that discuss this issue. Some of the language is crude. But those who expressed negative attitudes rarely directed them at service members.

Have you ever had to tell a friend something he didn't want to hear? It puts the friendship at stake. Still, there comes a point when you have to say something. You wait for the right time. And struggle over the words you’ll use.

Even Moses had to plan for how and when to set the Children of Israel straight in Parshas Devraim:

“You grumbled in your tents and said, ‘Because of G-d’s hatred for us did he take us out from the Land of Egypt, to put us in the hand of the Emorite to destroy us.’” (Deuteronomy/Devarim 1:27)

As he approached death, Moses pointed out the Israelite’s mistakes. Among them, they said their troubles came from the Almighty hating them. But, the charge doesn’t stand up to scrutiny. G-d took them out of slavery. He split the Reed Sea to prevent their annihilation. He fed them in the desert with manna and water. G-d helped them defeat Sihon and Og. And he promised them the land of Israel.

That’s quite a record of generosity.

The Israelites’ complaint stemmed from their hatred of G-d. As good as they had it, life was still painful at times. A child who doesn't get his way will scream at his parent, “I hate you.” The Children of Israel were too sophisticated for such immature behavior. But no matter his age, a person can project feelings onto someone else. It’s a matter of self-protection. Face responsibility, which is difficult, even painful. Or blame someone else. The second course of action is easier.

Steel yourself. I’m pulling off the Band-Aid, NOW. Unless a civilian has said he hates you, he doesn’t. His failure to hire or promote you doesn't mean he hates veterans. You’re projecting your frustration onto him.

Get Candid Feedback on Your Performance

It’s tempting to blame others when after twenty meetings you still didn’t get a job. Or you’ve seen younger people with less time at the company get promoted. It sure can seem like there’s some anti-military conspiracy keeping you down.

Believe that and you’re sunk.

The military has taught you a lot of valuable skills and lessons. Among them is you’re responsible for the safety of your colleagues and success of the mission. Somehow it seemed easier to accept that responsibility when you could take for granted being respected. Now, when you can't be certain people respect you, it’s harder.

Don’t give into the urge to point the finger at civilians. Recognize they want to help you. Often they don't know how. They’ve learned through experience to navigate civilian life. But that doesn't mean they can explain it to you. Much of how they behave is instinctive.

The Israelites projected their negative feelings on G-d. It led to 40 years of wandering in the wilderness. Avoid their mistake. Get to know some civilians well so you can see firsthand they respect veterans. Instead of blaming them, ask for their help. They may be reluctant to tell you the way you interact with people feels wrong. Assure them you’ll take critical input positively. When you project that you respect civilians you’ll feel they respect and want to help you.

What makes you feel like you don't fit in?


Bible God jobs success veterans
This entry was posted on Wednesday, July 26th, 2017 at 03:30 and is filed under Scripture, Transitions. You can follow any responses to this entry through the RSS 2.0 feed. You can skip to the end and leave a response. Pinging is currently not allowed.