How to Drink Booze According to the Bible

Do you know your spirit and spirits are connected?

What do July 1, 1914 and July 31, 1970 have in common? I’ll give you some hints. In both cases, a lot of sailors became very unhappy. No one got killed. Neither marks a natural disaster. Rather the catastrophe was manmade. 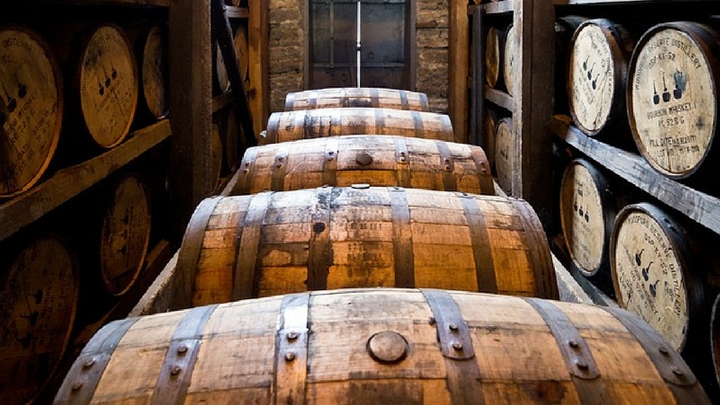 They stand in infamy as the dates the American and British navies went dry.

Enter booze. It not only retained but improved its flavor when stored in wooden barrels for a long time. Intoxicated crewmen might fall from rigging more than 200 feet above the deck. Still, rations of fortified wine or rum highlighted daily life at sea.

At its founding in 1794, the U.S. Navy established a sailor’s right to “one-half pint of distilled spirits per day.” That’s roughly a third of a bottle of rum. You’d be inebriated two or three times over by today’s standard!

Problems such as drunken fights and deaths from falling led the navies to begin watering down straight liquor. Hence in 1740, the British navy began issuing grog, a mixture of one part rum to four parts water. More complex propulsion systems and control of high-tech equipment and nuclear weapons presaged the end of daily consumption of spirits aboard ships.

The Spiritual Nature of Spirits

“You will not drink wine and intoxicating drink, you and your sons with you, when you come to the Tent of Meeting, and you will not die…” (Vayikra/Leviticus 10:9)

G-d does not prohibit booze. The restriction applies when the Kohanim have to perform their duty. At other times, the Torah permits alcoholic beverages. Some people brought money from their maaser sheni (the second tithe of a crop) to Jerusalem. The Almighty permitted them to buy liquor with it.

Wine inaugurates Sabbath celebrations. You drink it during the festivals, like the four cups of the Passover Seder. Psalm 104 summarizes the celebratory nature of spirits, “Wine gladdens the heart.”

Despite the centrality of intoxicants to Judaism, the downside of drunkenness rarely occurred.

Booze, like all G-d’s gifts, gives you a pathway to holiness. But elevating your spirit to such a high level requires making distinctions. Imbibing every day provides no contrast. Wine on the Sabbath and festivals separates them from weekdays. Drinking until numb impedes your ability to feel your soul connecting to the Creator. Thirteen ounces of wine on top of a ton of matzah and other food opens you to new insights in the Passover story.

Granted, navies don’t seek spiritual enlightenment for their sailors. But abstention on ships often leads to overindulgence on shore. Strict sobriety and intoxication indicate a life out of balance. To maximize your access to the Almighty, from time to time use spirits to open your soul without muddling your mind.

How does booze affect your spirit?


Bible God spiritual growth
This entry was posted on Wednesday, April 19th, 2017 at 03:30 and is filed under Scripture, Soul. You can follow any responses to this entry through the RSS 2.0 feed. You can skip to the end and leave a response. Pinging is currently not allowed.

One thought on “How to Drink Booze According to the Bible”

Cancel Reply
« Do You have a Clear Image of Your Future Life?
Are You Building a Reserve of Mental Strength? »