Are You Building a Reserve of Mental Strength?

How to Link Your Mind and Spirit

General George Patton trained his men in many principles of resilience. Among them, he drilled, 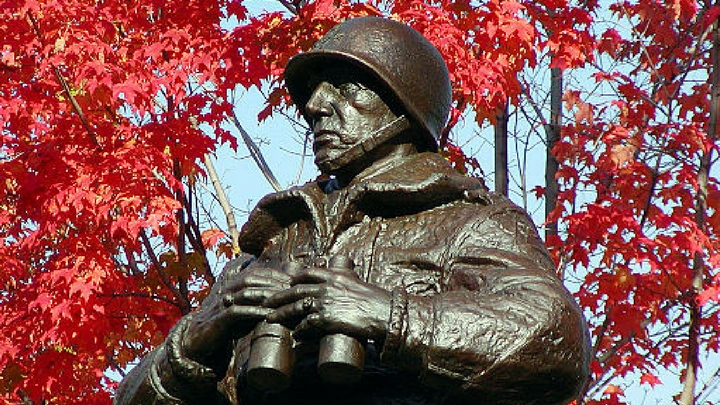 The Source of Mental Toughness

Patton led soldiers through the scorching heat of the North African desert. He commanded them to victory through the freezing cold winter of 1944 in the Ardennes. The grit his men exhibited amazed even the likes of General Eisenhower.

At the same time, he learned the mind needed to govern more than physical stamina. Once, as a new second lieutenant, he damned one of his men for moving too slowly. Later that day he concluded he’d been wrong to curse him. So he got all his men together and apologized to the soldier.

He never conquered his rash tongue. Because of this and other shortcomings, Patton continually strove to toughen his spirit. He recognized the unquestionable link between spiritual strength and mental durability.

He used the Bible to develop his spirit. Because of his dyslexia, as a child, he memorized many verses. Legend has it he once corrected Cardinal Francis Spellman’s quotation of Scripture. Patton voiced profanity to motivate his soldiers. But they knew he considered himself accountable to G-d on a daily basis.

How Mind and Spirit Support Each Other

As such, Patton didn’t have to worry about a tzaraas as described in Parshas Tazria:

This Sabbath’s parsha is a double reading. The first, Tzaria tells about a woman becoming tahor (spiritually purified) after giving birth. Next, it explains how to verify when a person has a tzaraas, baheres or s’eis affliction on his body. Then it covers a tzaraas affliction on a garment.

A metzora suffered physical pain due to a variety of misbehaviors. Most common, he gossiped or maligned a friend. Contracting tzaraas came after repeated refusals to acknowledge his sin and make amends. It may feel weak to apologize when you don’t mean to hurt someone. But each time you don’t you weaken your spirit.

At the same time, you crowd your mind with an unpleasant, unresolved interaction. Refusing to hold yourself accountable causes a build-up of bad feelings. Your mind won’t let go of these events. You become captive to unpleasant memories.

As well, you have no recourse when someone does the same thing to you. How can you insist on an apology when you refuse to make amends for the same wrongdoing?

Though imperfect, Patton stands as a model for building mental resilience:

By making periodic accountings of your behavior, you can identify when you fall short. Next, you can take steps to resolve the issue. Having done so, you can move forward freed from regret or guilt. Your mind now has room to focus on tasks designed to reach your goals rather than on recycling unpleasant dealings.

Gossiping may seem harmless. But how did you feel last time you found someone had told a falsehood about you? We know we shouldn’t tell tales. But stopping is hard. Using Patton’s three-step process will help you conquer your shortfalls. In doing so you’ll liberate your mind and spirit. Unburdened, they provide you with the mental and spiritual strength necessary to reach your goals.

What stops you from taking steps to resolve mistakes you’ve made?


Bible God mental health spiritual growth
This entry was posted on Wednesday, April 26th, 2017 at 03:30 and is filed under Resilience, Scripture. You can follow any responses to this entry through the RSS 2.0 feed. You can skip to the end and leave a response. Pinging is currently not allowed.