10 Books that Will Improve Your Life

Every year I read at least 50 books. With so many goods ones even at one per week it seem to make hardly a dent. My reading focuses on personal development, history & biography, business, and literature (my guilty pleasures are detective and historical fiction). 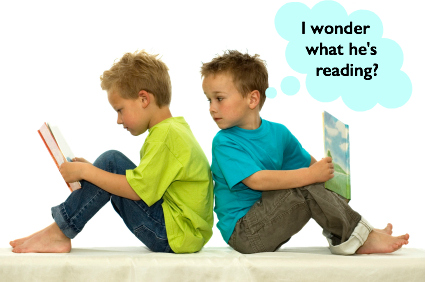 While I generally keep abreast of current works, I also look back to see what older books and classics I have missed. Here are the best:

The Power of Full Engagement: Managing Energy, Not Time, Is the Key to High Performance and Personal Renewal by Jim Loehr and Tony Schwartz

While I do not agree with their separation of the mental and emotional spheres, Loehr and Schwartz’s case studies of how they guide people to live more in concert with their values and aspirations is full of ideas for helping you do the same. About a month ago I began following their diet plan to increase energy and it works.

Born to Run: A Hidden Tribe, Superathletes, and the Greatest Race the World Has Never Seen by Christopher McDougall

Not just for runners, it is an inspiring story of human potential, how to get physically fit, and why conventional wisdom sometimes is wrong. Were it not for Melanie’s concern about family time, it might have motivated me to become an ultra-marathoner.

THE CLASSIC BOOK ON FINDING MEANING IN YOUR LIFE. Holocaust survivor Frankl examines the internal struggle that led some people to not only endure the concentration camps but find significance to life beyond physical survival. (For a vividly shocking portrayal of what American and British soldiers found when they liberated the camps read Rick Atkinson’s The Guns at Last Light.)

Essentialism: The Disciplined Pursuit of Less by Greg McKeown

I wrote an entire blog post about this remarkable book. Suffice it to say if you want to be an Intentionalist it is required reading.

Against Fairness by Stephen Asma

Asma’s insightful investigation into the ethic and impact of fairness will cause you to think a second time. If you believe fairness should be a societal principle, you have no better opportunity to exercise and strengthen your values than by trying to refute his argument.

In the Garden of Beasts: Love, Terror, and an American Family in Hitler's Berlin by Erik Larson

This Don Quixote-like story of the American ambassador to Nazi Germany belies many of the beliefs about the lead up to World War II and societal mores in the pre-war world. It will help you better distinguish between myth and fact throughout your life.

Ostensibly about the naval arms race in the decades prior to World War I, in reality it is a study in diplomacy. A fascinating illustration of how the good and bad inclinations of individuals can be governed or given free reign so as to mobilize nations and their people to peace or war.

Triumph: The Untold Story of Jesse Owens and Hitler's Olympics by Jeremy Schaap

Too often knowing the details of a legendary person’s life diminishes his greatness. Jesse Owens’s humanness and authenticity secure his rightfully mythic stature.

Joseph Haydn: His Life and Works by Jeremy Siepmann

Books about composers and musicians are incomplete without illustrative musical accompaniment. This audio books brings to life the splendor of Haydn’s music and his human decency.

The People's Tycoon: Henry Ford and the American Century by Steven Watts

You cannot understand business without knowing Ford’s impact. He made all the classic entrepreneurial mistakes yet became fabulously wealthy. Neither fawning nor condemnatory, Watts deftly shows genius is no guarantor of success or virtue and populism no assurance of justice.

What books did you read this year that you recommend?


changing improving fitness mental health positive habits
This entry was posted on Sunday, December 28th, 2014 at 03:30 and is filed under Entrepreneurship, Resilience, Resources. You can follow any responses to this entry through the RSS 2.0 feed. You can skip to the end and leave a response. Pinging is currently not allowed.

Cancel Reply
« How to Be Sure God is With You Always
Are You Using Authority Wisely? »