How to Conquer Your Barriers to Success

Why does it take so long to succeed? And why does it have to be so difficult? Surely it would be better if you could earn money to support your family quickly and easily. Then you’d have ample time to spend with your loved ones building strong relationships. Instead tension about finances causes friction with your spouse. Your children don’t have as many opportunities. Parshas Beshalach explains:

“And it was when Pharaoh sent out the people, and G-d did not lead them by the way of the land of the Philistines for it was near…” (Shemos/Exodus 13:17) 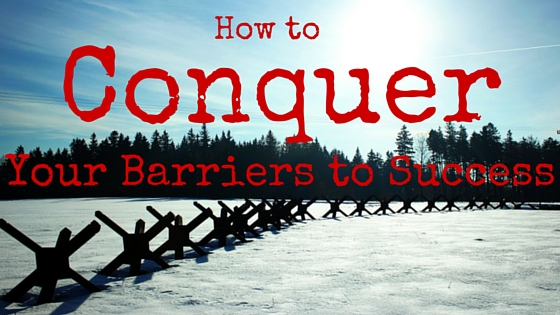 In this Sabbath’s parsha the Children of Israel leave Egypt but once again Pharaoh changes his mind and chases them. G-d splits the Reed Sea (usually incorrectly translated as the Red Sea) and the Israelites walk between two walls of water on dry land. The Egyptians who follow after drown. The Israelites sing the Song of the Sea thanking G-d for their deliverance.

On their journey to the Land of Israel, the Children of Israel complain of hunger and thirst. G-d sustains them with Manna from heaven and water from a rock.

Having recently been freed from bondage, the Israelites wanted to get to the Promised Land immediately. But G-d had other plans. He knew their slave mentality had to change before they could withstand the rigors of daily life as a free people.

Being farmers, shepherds, and businessmen takes self-confidence and perseverance. Without these qualities, the Almighty knew the Children of Israel would clamor to return to the life they knew in Egypt, horrible as it was. So He led them on the long road to success, giving them time to adjust and get their heads together.

This attitude isn’t unique to the Exodus. Millions of Jews, Slavs, and other Displaced Persons liberated from concentration camps at the end of World War II were at a loss as to how to care for themselves and re-start normal lives. And it doesn’t take genocide to render a person incapable functioning in society. Ex-convicts often cannot deal with the outside world.

The Biggest Barriers to Success

Much as it may seem outside forces impede your success, Theodore Roosevelt put it best when he said:

Veterans transitioning to civilian life are a good example. Eight of the ten reasons they crash and burn have to do with attitude and outlook. Yet the vast majority believe they lack the skills to get a good civilian job. Confronting them with the primacy of mindset over additional skills often doesn’t convince them to change their perspective. It is any wonder many who qualify re-join the military?

If you do not have the success you desire, chances are it’s time for a checkup from the neck up, as Zig Ziglar used to say. What beliefs are you embracing that hinder advancement to the next level of achievement? How are you allowing your attitude to lead you astray? By raising your mental game to peak performance, you’ll enter the promised land.

What beliefs make navigating the road to success more difficult? Please leave a comment below.


Bible God spiritual growth success
This entry was posted on Wednesday, January 20th, 2016 at 03:30 and is filed under Finances, Scripture, Soul, Transitions. You can follow any responses to this entry through the RSS 2.0 feed. You can skip to the end and leave a response. Pinging is currently not allowed.