You Don’t Think You’re a Murderer, But You Might Be

Allow me to state categorically, celebrity gossip doesn't interest me. I know that Justin Bieber did something. Thank goodness I remain ignorant about his transgression, real or sensationalized. And standing in the supermarket checkout line, the headlines of People and National Enquirer can't help but catch my eye. At such times, am I the kind of murderer described in parsha, Metzora?

"This will be the law of the metzora on the day of his spiritual purification." (Vayikra/Leviticus 14:2) 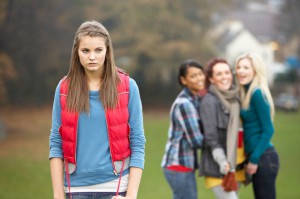 This week’s parsha tells how a metzora, someone with tzaraas (a spiritual disease indicating a person’s life is out of balance) becomes tahor, spiritually pure. Then it details how a house with a tzaraas, zav, zavah and niddah become tahor.

Lashon hora, or gossiping about another person, is the worst thing someone can do to contract tzaraas. The humiliation often causes blood to drain from a person’s face. Such paleness makes a person look dead. So a gossip is considered tantamount to a murderer.

Think about taking a feather pillow outside and tearing it open. No matter how hard you try you cannot gather up all of the feathers. Telling tales about someone works the same way. You cannot find everybody who has heard them and straighten out the record. So the effects of gossip can never be undone.

A gossip thinks he can raise his image by denigrating others.

Stepping Back from Being a Murderer

Consequently, the Almighty strikes the offender with tzaraas. The lengthy investigation period he goes through gives him time to think about his behavior.He can express remorse before the Kohen definitely declares him a metzora. If not, he experiences an affliction similar to the one he caused. Tzaraas’s death-like whiteness equates to the blood draining from his victim’s face. His discomfort encourages him to repent having spoken lashon hora and never do it again.

I'm naïve to feel sorry for celebrities who do stupid things. Yet I can't help thinking there but for the grace of G-d. Still, isn’t supermarket self-checkout great? You can bypass the magazine racks eliminating one temptation that could lead to gossiping.

How do you avoid gossiping?


Bible God healthy relationships spiritual growth
This entry was posted on Wednesday, April 2nd, 2014 at 03:30 and is filed under Relationships, Scripture. You can follow any responses to this entry through the RSS 2.0 feed. You can leave a response, or trackback from your own site.