Why Merry Christmas is the Proper Seasonal Greeting

Do you walk around with the strains of “It’s the MOST wonderful time of the year” and Jingle Bell Rock playing in your head? Between Thanksgiving and New Years Day snippets of Christmas carols seem to accompany my activities, despite living a robustly Jewish life. Lively and nostalgic, they enhance the celebratory atmosphere. 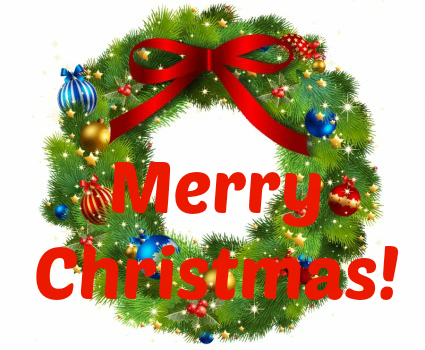 Last week my unit had its annual holiday party. If you are thinking which holiday we are right in tune. When the party committee was formed, I suggested it be called the Christmas party. But the prevailing attitude was doing so would be exclusionary. I disagree.

No holiday that happens in December is more important to those who observe it than Christmas is to Christians. The meaning of the day is central to Christianity.

By contrast, Chanukah is a minor Jewish festival. True, its celebration has become more elaborate over the decades. But this is due to its proximity to Christmas. It is not a major festival on the level of Passover, Rosh Hashanah, Yom Kippur, or even the weekly Sabbath.

Other December holidays include:

Bodhi Day - Recognizing the date the Buddha experienced enlightenment. It is not among the sacred or most important celebrations for Buddhists.

Yule – What some believe to be the historical predecessor to Christmas, it is one of the lesser Sabbats for Wiccans. The traditional greeting is Merry Yule.

Zarathosht Diso - An ancient festival not celebrated today, it is marked by special prayers. Some Zoroastrians visit fire temples to pray.

According to the Pew Forum on Religion and Public Life, over 78% of Americans are Christians. This compares to 1.7% who are Jewish, and 0.7% who are Buddhist. Wiccans and Zoroastrians were not broken out but would fall into a category of 0.4% or less.

While about 4% of Christian do not recognize the day, this does not diminish its significance among those who do. As well, 81% of non-Christians in the United States celebrate it. Thus, over 90% of Americans celebrate Christmas.

So, you have a 9 out of 10 chance that when you wish someone a Merry Christmas you are acknowledging his preeminent observance.

By substituting happy holidays, a false equivalence is created. This unjustly diminishes Christmas’s importance while giving the appearance that other celebrations have to be elevated to compete.

The result for Jews has been a vast increase in the expense of Chanukah with the advent of giving expensive presents instead of the traditional gifts of chocolate gelt (foil wrapped coins) and other small tokens of love. As well, the purpose of Chanukah, commemorating the triumph of religious freedom over Syrian-Greek tyranny, has been largely forgotten.

Better to let each celebration have its rightful place within the faith of its observers. Recognizing the importance of Christmas does not detract from your freedom of expression any more than congratulating someone for his success reduces your chance for similar achievement. Rather, in both cases by recognizing what is important for others, you create more solid bridges between people and exhibit tolerance.

For such universal good, perhaps the majority can be given their due. Merry Christmas!

What is the downside to wishing Merry Christmas to someone who does not celebrate it?


Christmas Hanukah holiday tolerance
This entry was posted on Sunday, December 21st, 2014 at 03:30 and is filed under Ethics & Values, Soul. You can follow any responses to this entry through the RSS 2.0 feed. You can skip to the end and leave a response. Pinging is currently not allowed.