Why It’s a Blessing to Feel Another’s Suffering

Have you noticed how much easier it is to handle a crisis when it affects someone else?  I have always thought levelheadedness in such cases was good.  Parshas Re’eh shows why I am wrong:

“See, I place before you today, a blessing and a curse.” (Deuteronomy/Devarim 11:26) 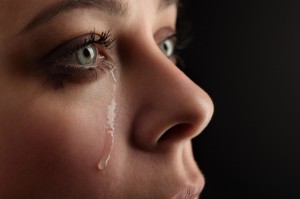 In this week’s parsha we learn about G-d’s blessing and curse and the holiness of the Land of Israel. Then it covers how the Israelites must conduct themselves there including how to respond to a false prophet and a person who entices another to go astray. Next, it defines G-d’s treasured people and tithes. It ends with how to forgive loans, be generous with another person, treat a slave, and the three pilgrimage festivals.

The verse says to “see” a blessing or a curse.  "Experience” makes more sense.  The Torah doesn't wax poetic. An idea awaits discovery.

Consider, whether you've received a blessing or curse depends primarily on how you see it.  If you decide a particular event is a bad you've made it so.  You worry about it. Rather than viewing it as an opportunity for repenting, changing direction, and searching for a creative solution, you freeze.

The concept of seeing relates to another section of this week’s parsha.  In Deuteronomy 14:11-21, Moses repeats the list of birds that are not fit as food.  One commentator suggests they're not kosher because they tend toward cruelty.  But among these non-kosher birds is the chasidah or stork.  Its name means “kind one” because it gives food to its companions.

But how can the stork have a tendency toward cruelty yet be called kind one?

It turns out the stork only concerns itself with its immediate companions.  It can't see beyond the parochial needs of family and friends.

The 20th century maggid or storyteller R. Sholom Schwadron has a relevant parable:  One afternoon, while he was sitting in his home he heard a piercing scream.  His wife ran in calling that a neighbor’s child had fallen. He was bleeding terribly from a gash over his eye.  Instantly, R. Sholom went to help his wife treat the boy’s wound. Then he carried him as fast as possible to the doctor.

As he was rushing up the hill with the bleeding boy, he came upon the boy’s own grandmother. Seeing he was carrying a child, she called out, “there’s nothing to worry about; G-d will help.”  However, when she came closer and realized the child was her own grandson, her self-possession disappeared. She began shrieking, struggling to grab him.  At first, when she saw a wounded child, thinking him to be someone else's, she was very calm.  Realizing it was her own grandson, she lost her composure.

Nothing had changed.  A child got hurt. R. Shlomo had given prompt aid.  Like a stork, the grandmother only expressed alarm upon seeing her beloved grandson wounded.

Calm in the face of tragedy is admirable.  But in the midst of catastrophe empathy for the victims brings them blessing.  Whether related to you or not, feel their suffering.  You'll get the blessing of giving comfort.  When the distress of strangers disturbs you as much as that of your own flesh and blood, you will re’eh bracha, see blessing.

How do you work to see blessing in the face of a cursed situation?


Bible character traits God spiritual growth
This entry was posted on Wednesday, August 20th, 2014 at 03:30 and is filed under Relationships, Scripture. You can follow any responses to this entry through the RSS 2.0 feed. You can skip to the end and leave a response. Pinging is currently not allowed.