Why Crazy Love Will Doom Your Relationship

When I was younger I loved without limit. Too often I found such unrestrained affection was neither returned nor appreciated. But I continued to hold limitless love as the ideal until I understood this week’s parsha, Shemini: 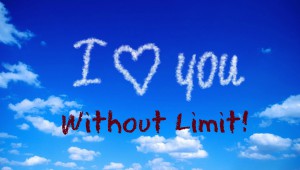 This Sabbath’s parsha tells about the performance of the priestly service, the death of Aaron’s two sons, Nadav and Avihu, the dispute between Moses and Aaron, and the laws of kosher animals, birds, fish and creeping crawling things.

It’s difficult to understand the death of Nadav and Avihu. Intending to serve G-d and show their love for Him, they took their fire pans and brought an incense offering. But G-d had not commanded them to do this so they were consumed by fire.

How is it that two of the greatest people of all time made such a fatal mistake? They acted out of unbounded love for G-d. They followed the correct procedure. And yet the result was terrible.

The next line of the passage gives a clue to the problem. G-d tells Aaron he may not drink wine before performing the Sacrificial Service. Even without this express warning, Nadav and Avihu should have known not to bring an offering while drunk. Still, the death penalty for MWI (Ministering While Intoxicated) seems harsh.

R’ Shimon Schwab asserts that Nadav and Avihu loved G-d without limit, more powerfully than even Moses and Aaron. Toras Kohanim points out that such unbridled love was their fatal misstep.

You’ve probably heard love will cure all of the world’s ills. Make love the focus of all, this philosophy goes, and every problem will melt away. Such

There is no shortage of people who commit heinous acts while claiming deep love for the person they assault or worse. News stories describe murder done to glorify G-d. It is too easy to brush off such love as insincere or their acts misdirected. More likely, their love is deeply sincere.

Nadav and Avihu remind us that even the purest love of G-d can end badly. In their uninhibited expression of love, they neglected to consider their judgment was impaired. As well, had they taken the time to consult with their father or Moses, they would have been counseled that G-d wanted them to balance love with obedience.

Unlimited amounts frequently lead to idolatry. True of such earth-bound things as money and physical fitness, it is also the case in the spiritual realm. Unrestrained love for G-d, breaking the limits He sets, results in misery or evil.

Living an intentional, balanced life requires being thoughtful about avoiding extreme pursuits, whether they are harmful, benign, or, seemingly, beneficial.

Where can pursuing something with out restraint lead to virtue? Please comment below.


Bible God healthy relationships spiritual growth
This entry was posted on Wednesday, April 15th, 2015 at 03:30 and is filed under Relationships, Scripture. You can follow any responses to this entry through the RSS 2.0 feed. You can skip to the end and leave a response. Pinging is currently not allowed.