A Depraved Priest Can Transform Your Life

Do you remember being told you can’t teach an old dog new tricks? It’s true about canines. With respect to humans, people think seniors are plagued by rigidity of mind and shackled by habits too strong to overcome. But science is confirming what was revealed in Parshas Yisro thousands of years ago: 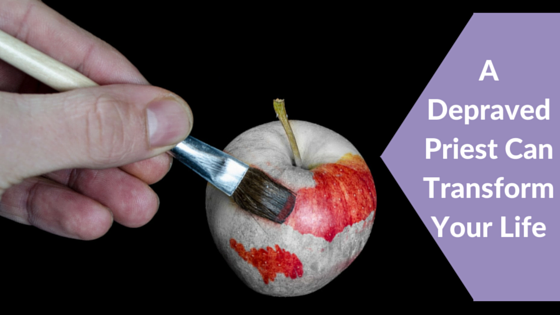 In this Sabbath’s parsha Moses reunites with his father-in-law Yisro or Jethro, a Mindianite priest who heard about the wonders G-d performed for the Israelites. He outlines a leadership plan that Moses adopts. His reward? A parsha is named after him - the Biblical equivalent of appearing on the cover of Rolling Stone Magazine.

After Yisro departs, the Israelites arrive at Mount Sinai where they accept the Torah and prepare themselves to receive the Ten Commandments. Rashi and the Rambam explain they heard all Ten Commandments in one instant but could not comprehend them. So G-d repeated them. But after the first two they were so overawed they begged Moses to intercede and teach them the other eight.

The Essence of Immorality

Jethro was an advisor to Pharaoh. Given the nature of Egypt and his high position, he must have been steeped in corruption. While many bemoan the state of public morals today, the society in which Jethro achieved such a high station makes the most corrupt person today look virtuous.

He was one of the most highly respected priests in Midian. Jethro knew every form of idol worship. This included defecating at the foot of a statue of a god. It’s hard to imagine officiating at a more disgusting ritual.

Physically, mentally, and spiritually Jethro defined depravity. And yet, at a late stage in his life, he turned it all around.

The story of how Jethro reformed belies the idea that it’s too late to change. Long before Darth Vader gave up evil or studies showed older entrepreneurs are more likely to be successful than younger ones, he rose from the depths of immorality to the pinnacle of spiritual achievement.

When the story of the miraculous Exodus of the Israelites reached him, Jethro not only listened, he internalized its meaning. In doing so he let go of the falsehood of idolatry and embraced the truth of G-d and a society based on justice and ethics.

I’ve spoken to dozens of veterans whose lives are a shambles. No matter what got them there, they remain in their situations by refusing to believe they have the power to transform their lives. Yet a recent study shows seniors can retain their mental flexibility late in life. If people in their 60s to 80s can, why not we who are younger?

You may be stuck too. What must change in your life? What belief prevents you from taking action? The story of Jethro attests in no uncertain terms that if you hear and internalize the truth you can transform your life.

You may struggle with a poor diet or inadequate exercise. You may be the second or third generation to have these bad habits. Embrace the example of Jethro. Hear the true message of where your current behavior will lead you. Internalize the benefits of improved diet and exercise. The same is true for getting your finances in order, straightening out your mindset, and reinvigorating your marriage.

Hear. Internalize. See with clarity the new you. No matter your age, you can change.

Do you hear me?

What message of empowerment will you use to motivate yourself to change? Please leave a comment below.


Bible changing God spiritual growth
This entry was posted on Wednesday, January 27th, 2016 at 03:30 and is filed under Scripture, Soul, Transitions. You can follow any responses to this entry through the RSS 2.0 feed. You can skip to the end and leave a response. Pinging is currently not allowed.