The Key to Leading a More Serene Life

As a runner in Los Angeles, I think it's fair to say I take my life in my hands on a regular basis. About once a month a car bumps me and I have narrow misses almost every run. With so many encounters, sometimes it seems drivers are not preoccupied but antagonistic. Fortunately, the parsha for this Sabbath, Yisro, puts matters in a better perspective: 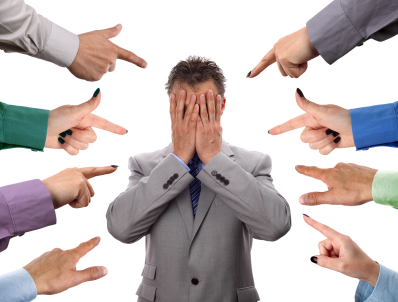 This week’s Parsha Nugget sees Moses reunited with his father-in-law, a Mindianite priest who heard about the wonders G-d performed for the Children of Israel.  Yisro goes on to outline a leadership plan that Moses adopts. His reward? A parsha is named after him - in Biblical terms, this is like appearing on the cover of Rolling Stone Magazine. Fantastic right? Not so fast.

After Yisro departs, the Israelites arrive at Mount Sinai where they voluntarily accept the Torah and prepare themselves to receive the Ten Commandments. The commentators bring several opinions as to what our forebears heard. Rashi and the Rambam explain that they heard all Ten Commandments in one instant but could not comprehend them. So G-d repeated them and after the first two our ancestors were so overawed they begged Moses to intercede and then teach them the other eight.

Yisro’s sensible leadership plan came from his sincere belief that constantly teaching and judging the Israelites would exhaust Moses. G-d rewarded him because his intentions were l’shaim shamayim, for the sake of Heaven.

But the Children of Israel should have insisted that Moses remain as their direct teacher. Consequently, their understanding of the Torah was less than it could have been, later causing problems. They did not act l’shaim shamayim.

The plan is rewarded but its implementation is rebuked. illustrating an important concept:

Judaism has long understood that it is impossible for one person to really know the mind and motivations of another. As a result, it has always focused on a person’s actions as the indicator of character.

As I stride along the sidewalks of Los Angeles I try to keep this lesson in mind. I temper my anger at drivers’ actions with my inability to know why they acted inattentively. They could be late for an appointment. Or worried about a sick child.

Now instead of shouting at them or shaking my fist I merely stare at the portion of their car that is in the crosswalk. Well, actually I have not given up shouting. I make it a point to call out “THANKS” to the drivers who stay out of my path.

How do you distinguish between people’s action and intentions?


Bible God improving fitness positive habits spiritual growth
This entry was posted on Tuesday, January 14th, 2014 at 03:30 and is filed under Scripture. You can follow any responses to this entry through the RSS 2.0 feed. You can leave a response, or trackback from your own site.