You Can Save the World Today

As the father of a girl, I pray my daughter will live in a community that respects her and affords her ample opportunity to live a good and fulfilling life. My wife and I have found such a place in the tenets of traditional Judaism. Others look at our life as stifling and chauvinistic. Parshas Pinchas dispels such notions:

Give us a portion along with our father’s brothers. (Numbers/Bamidbar 27:4) 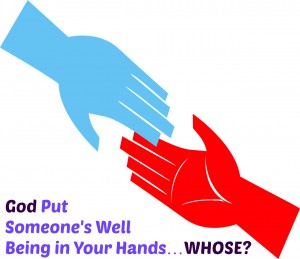 This Sabbath’s parsha discusses Pinchas’s reward for his zealousness, the censuses taken prior to the Israelites entering the Land, the petition of Zelophehad’s daughters, the laws of inheritance, the appointment of Joshua as Moses’s successor, and the offerings that were brought daily, on the Sabbath, and on holidays.

In this parsha G-d has the perfect opportunity to show conclusively that men are superior to women. Parshas Bereishis says women are to be dominated by men, despite Eve being taken from Adam’s side making her his equal. The Torah spends more time examining the lives of the Patriarchs than the Matriarchs. And the leader of the Israelites, Moses, is a man.

Forget that Moses would never have survived were it not for Pharoah’s daughter and his sister Miriam, that the Children of Israel drank water in the wilderness due to Miriam’s merit, and that the women did not participate in the incident of the Golden Calf or the rebellion of Korach, nor did they believe the slander of the Land by the spies.

Contemporary society condemns traditional religion for being chauvinistic so it must be true. Or is it?

The daughters of Zelophehad, whose father had died 40 years earlier, were disturbed that their family might not inherit a portion of the Land along with the rest of the Israelites. Their response demonstrates their faith that G-d loves and respects women as much as men.

Moses heard the justice of their plea and presented it to G-d who confirmed the women were correct. They got their portion of the Land. If the Almighty meant for women to be second-class citizens He would not have given them the status of inheritors.

You have role in the world. It may be to lead most of the time or perhaps to follow. But you should never think because of your gender or any other aspect of yourself that the Creator does not love you or thinks less of you than others.

What contribution to the world did you make today? Please comment below.

The Secret to Seeing the True You

Watching my daughter grow up provides an endless source of lessons. One of the most startling is how her self-perception differs from how I see her. Sometimes it seems we are talking about two different people. On the one hand, I want her to have a healthy self-image and not be swayed by the perceptions of others. Yet at the same time, we all benefit from understanding how others perceive us. This led me to a question: When you want to see the true you into whose mirror do you look? 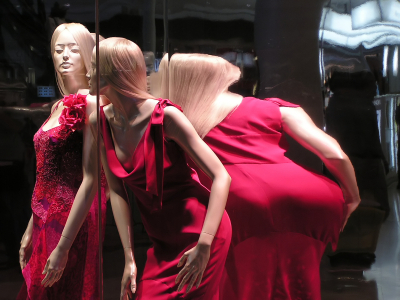 If you have been to a house of mirrors then you know what I mean. One makes you look taller and thinner, another shorter and fatter, and yet another essentially diamond shaped. With physical image, you can go home and look in a regular mirror and see your actual appearance. But when it comes to such things as emotional soundness, intellect, character traits, and core values gaining a clear perspective is more problematic.

On one end is the person who only looks in his own mirror and refuses to see his reflection in how others perceive him. Consumed by a mental and spiritual narcissism, at its extreme is the sociopath who is so dismissive of others he sees them as his prey.

On the other end is the person who only sees himself through the eyes of others, legitimizing everyone’s views, whether good or bad. Adrift on a turbulent sea, too often such a state leads to tragedy. Judy Garland comes to mind – consummately talented but unable to see herself in any light other than that reflected by her family, friends, business associates, and public. If they adored her she esteemed herself. But criticism filled her with self-loathing.

Best is to have multiple mirrors so that you can guide and repair your self-perception. When you have had a particularly difficult day, it can be hard to maintain a positive perspective. Connecting with people in your life who reflect a positive image of the true you will help you mend. Likewise, when you need an ego check friends who do not overlook your faults can help you.

Here you can see how the building blocks of the Mental Pillar of Fitness work together. Social engagement buoys emotional soundness. Healthy, balanced self-perception is such a crucial component of living intentionally this holiday season shine up some of your mirrors.