How to Have a Father Daughter Relationship

My daughter reminded several times she’s glad I’m home. I was on navy duty most of the last two weeks away from my family. So we spent most of yesterday together. We didn’t do anything special. Washed the car. Shopped for groceries. Ate lunch together while she showed me a Peanuts movie she loved. At the end of the day, she told me it had been great, just spending time together. 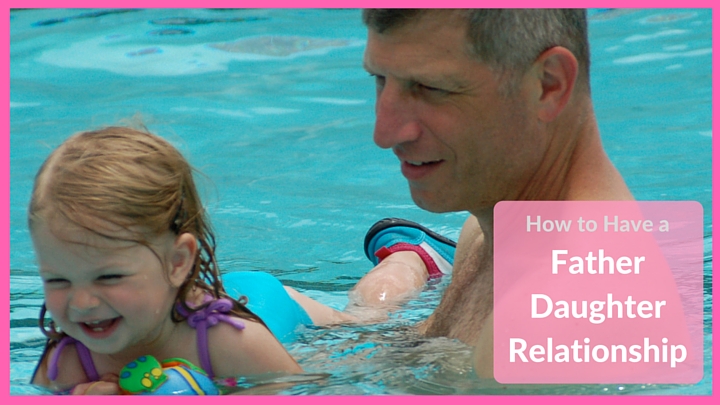 There’s No Substitute for Time

Military life teaches there’s no such thing as quality time. Short, intense interactions like going to Disneyland don’t substitute for the consistent togetherness that builds enduring relationships. If a father fails to make this time commitment what is he teaching his daughter about male attention?

When we go places I take the time to open the door for her when we get into and out of the car and stores. I ask her advice when buying food. Over the years I’ve guided her choices and little by little have made progress. We share audio books while driving. I’ve seen her mind expand from listening to A Short History of Nearly Everything.

Absent positive father-daughter interaction, where will she learn how to deal with boys and later men? Consider how the wrong guy could take advantage of her need for attention.

My wife and daughter have a terrific relationship. But they argue too. I understand. Sometimes my wife and I don’t see eye to eye.

When mother-daughter conflict gets too hot, I’m there to help get the relationship back on track. Likewise, my wife does the same for father daughter discord. All our bonds are tighter because we have strong paired-connections too.  The quality of my marriage will probably dictate how good her's is.

I found another version of Grouch Marx’s Father’s Day song. I hope my daughter and yours will echo the sentiments of the last line that Groucho and Dick Cavett sing together: “For they say a child can only have one father and you are the one for us.”

How do you build a father daughter relationship? Please comment below.

How to Get the Most Benefit from Pain

Sometimes getting older isn’t much fun.  Case in point, while exercising I got a stab of pain in my leg. Miles and miles of running has injured my Achilles tendon. You may know the drill. No exercise for the last week and half. Custom orthotics. Get an MRI. And Pray.

Despite it hurting, pain is good. You get an unmistakable sign to be aware. When you’re alert to your physical ∞ mental ∞ and spiritual well being you can immediately take action. You have two choices:

When you’re in tune with all the realms of life, physical ∞ mental ∞ spiritual, you’ll be in the best position to decide which path to take. If you have to make such a crucial decision, a little prayer certainly won’t hurt. So I wrote this one for you. I hope it helps.

How do you respond to pain? Please comment below.

Want to Be Happier? Limit Your Choices …

“How can you be bored when you have a room full of toys and games?”

I asked my daughter when she stayed home sick from school. Put all exaggeration about my childhood aside. She has a lot more things to play with than I did. Yet despite numerous choices, she’s dissatisfied. My daughter is not unique. Most of my friends’ children are the same. For generations we’ve been taught greater choice will make us happy. Turns out the prevailing wisdom is wrong.

The Paradox of Choice

Convinced I was on to something, I researched the connection between happiness and number of choices. In a TED talk about 10 years ago, psychologist Barry Schwartz explained why the huge number of options we have makes us unhappy. He acknowledged there are benefits to having alternatives. But having an enormous number of choices often paralyzes decision-making. So people don’t take any action to improve their lives because they cannot decide which one is best.

Happiness requires striking a balance between too many and too few choices.

How to Effectively Limit Choices

Schwartz and I part company over how to solve this dilemma. He proposes having an outside entity constrain the choices of people in wealthy nations. The extra resources can then be used to increase the options for those living in poorer countries. The problem arises in assuming the optimal number of choices is the same for all people and for all aspects of life.

For myself, having a huge array of electronic gadgets to choose from does not make me happy. But I have a friend who LOVES comparing and deciding which one is best. (So I call him and he makes the choice for me.)

The best solution is for each of us to determine the amount of a choice that is optimal for our life and set constraints accordingly. Here’s how:

By choosing to limit your choices you will find greater happiness.

Where in your life are you overwhelmed by choices? Please comment below.

How to Calm Your Nerves Before a Big Event

You’re getting ready for a job interview. You have a major presentation that could mean a promotion. The prospective client you’re meeting could be the biggest deal of your career. And you’re nervous. Sweaty palms, dry mouth, and loss of the ability to speak seem to be conspiring to make you fail. What do you do? 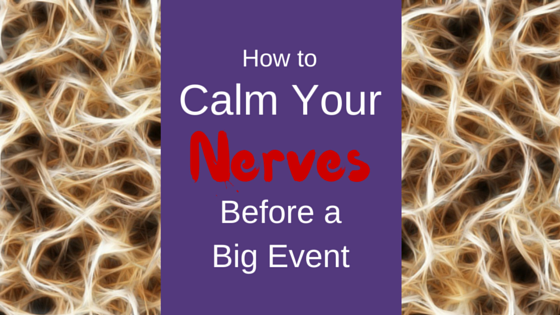 The Benefit of Rituals

Baseball fans know the unusual things players do when they come up to bat. As silly as some of them look, research shows they may be on to something. No less an authority than Scientific American indicates that rituals can affect your thoughts, feelings, and behaviors. Not only can they help you reduce anxiety and increase confidence, they also help with grieving, whether the loss of a loved one or losing the lottery.

More interesting, rituals can benefit you even if you say you don’t believe in them. There’s no scientific evidence that a particular ritual will lead to a specific result. However, my work helping service members deal with losses such as death of a colleague, divorce, and separation from the military has shown that all handled their grief better when they followed the ritual designed to cope with loss and change.

You can create your own ritual for decreasing anxiety before a job interview or important meeting. The essential elements are:

I go through a simple five-step ritual that takes about 15 minutes before every important business meeting. Despite having practiced and performed it ad nauseam, the first step is bringing up the list of steps so I perform them in order.

Put the powerful tool of ritual to work for you. Examples of things you can do abound. If you need some help let me know.

How do you prepare for important meetings? Please comment below.

Do You Know Why You’re a Prisoner?

We’re so used to thinking we’re really free. We celebrate freedom once a year on July 4th. Yet numerous things bind us. Last week I wrote about how bad habits enslave. But no matter how well you have habituated positive conduct, Parshas Bo reminds us of the ultimate tyrant: 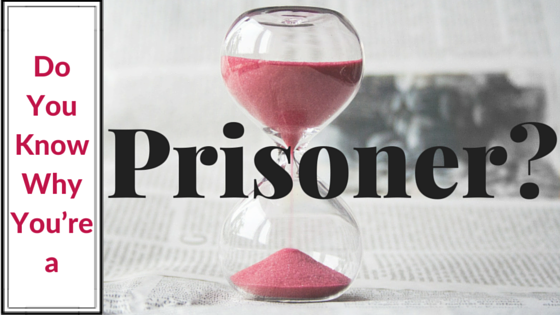 This Sabbath’s parsha begins with the final three plagues that eventually convince Pharaoh to let the Israelites leave Egypt. Nissan is made the first month of the year and the mitzvah of the Passover Offering, the Pesach, is given.

Then, G-d brings the Exodus.

The parsha ends with the mitzvahs of consecrating first-born animals, redeeming a first-born son, and tefilin.

Whenever the Torah repeats itself, especially in one phrase after another, you can be sure something is going on besides emphasizing a point. In the above verse, the second group of words clearly designates Nissan as the first month of the year. A careful look at the first phrase shows it isn’t referring the calendar.

When the Almighty tells the Israelites that “This month” will be the beginning of the months, He signals a fundamental shift in their lives. No longer will they be slaves in Egypt with no control over what they do and when they do it. Rather they will take control of their labor. And they will be responsible for declaring each new month and leap year. This duty gives them ultimate control: of time.

Having control of their labor requires an intelligent reckoning of its most profitable use. Controlling time demands a wise vision of life’s purpose.

Stop Being a Prisoner to Time

The Chafetz Chaim, the great 19th-century Jewish scholar, noted, “Some people think that our task on earth is to be pious. The truth is our task is to be wise.” In Jewish law, a person is considered to be mentally incompetent if he destroys what is given to him. He could be as intelligent as Einstein. Nevertheless, someone so wasteful is mentally unsound.

If you saw someone standing on Golden Gate Bridge dump a million dollars into San Francisco Bay you would say the person is crazy. Are we any less crazy for wasting our time? Money lost can be accumulated again. But time squandered can never be recovered.

It takes discernment to know how much time should be spent caring for family, working, playing, and developing a relationship with G-d. You must go beyond balance. Happenstance decisions inevitably lead to folly. How other people use their time cannot guide you. Your situation is unique. You must be clear about your life’s purpose. The more you struggle with deciding how you’ll use your time the wiser you’ll become. As a bonus, you’ll no longer be a prisoner.

How do you ensure you use your time wisely? Please leave a comment below.