How to Break Free From a Bad Habit

We are all slaves to our habits. Of course, if they’re good we don’t notice our bondage. But conquering a bad habit makes us feel every shackle. Parshas Va’eira gives a four-step process for breaking the chains of a bad habit: 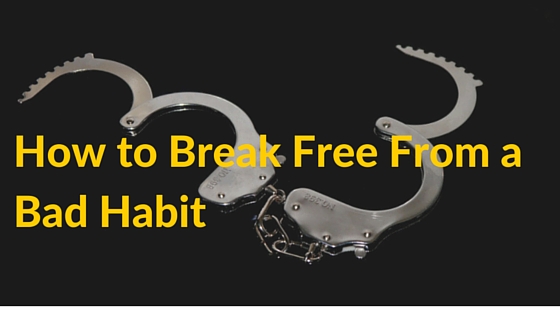 This Sabbath’s parsha begins with G-d reassuring Moses that the covenant made with Abraham, Isaac, and Jacob will be fulfilled. Nonetheless, twice Moses tries to get G-d to release him from leading the Israelites. The rest of the parsha describes the first seven plagues that G-d brought on Egypt as He brings about the Exodus.

Freeing the Children of Israel

The Almighty used a four-step process to free the Israelites:

Doesn’t it seem a little strange G-d uses such an elaborate method? Wouldn’t it be simpler if He said, “I’m going to take you out of Egypt and give you the Ten Commandments!” But the Almighty knew that a nation of lowly slaves, who made bricks from mud and straw, could not suddenly rise to the level of being a free people ready to receive the word of G-d at Mount Sinai.

So He redeemed them in phases:

By bringing about the redemption in stages the Almighty saw to it that the Israelites were prepared for their new life ahead.

Freeing Yourself from a Bad Habit

The process of freeing yourself from a bad habit mirrors how G-d rescued the Children of Israel:

By conquering your bad habit in stages you create the best chance of freeing yourself for good.

The Israelites experienced victories and setbacks in the wilderness but focused on their goal and eventually arrived at the Promised Land. You may certainly have reversals along the way to breaking free from a bad habit. But sticking with the process and focusing on your goal will get you to the promised land: greater freedom to live your life, not as a slave to bad habits, but as you intend.

What bad habit will you break this year? Please leave a comment below.

How to Decide When You’ll Embrace Change

I became an Uber fan last week. My wife used it to go to a banquet a few days before and loved it. The ease and economy of Uber is irresistible. The hardest part was downloading the app and getting it set up, which took about 15 minutes. Unlike the times I’ve taken taxis, the driver showed up on time (the app tracked her arrival), she was friendly, her car was clean, and she drove me to me destination quickly. 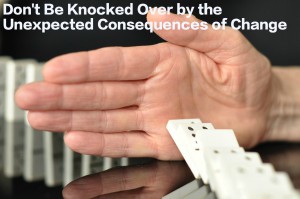 I learned that Uber is controversial here in Los Angeles. The city council has considered banning it and airports trip are prohibited. Regrettably, the ugly history of licensing continues. Edwin G. Burrows and Mike Wallace, in their massive tome Gotham: A History of New York City to 1898, show how over the centuries licensing has been used to exclude certain groups of people, including the Irish, blacks, and women, from various trades and professions.

Of course not every butcher, baker, cartman, and physician supported such exclusivity. Some overcame their financial self-interest and refused to fall prey to prejudice by remaining true to their values. They benefitted from the virtues of democracy and felt other should too.

So what does the plight of Uber have to do with personal development?

Articles extolling the virtues of change abound.   Earlier this year I wrote about how you shouldn’t fear change. I’ve also written about how not all change is good and that it should enhance your life.

This is not an easy question to answer. Some guidelines will help:

Should you change your values? As the example about licensees in New York City shows, typically the harder and better decision is to hold onto your values. Especially if the impetus for change is coming from outside yourself or from an untrustworthy source.

However, there may be times when you need to consider adjusting your values. If your worldview impedes your growth you should examine alterations. But before you change your values, recognize by altering your foundation you subject yourself to the law of unintended consequences. You will have an adjustment period while you work through all the dimensions of this change.

For more than a century society has urged embracing change, essentially for its own sake. As an Intentionalist, you decide when to Uber up.

How do you decide whether to change? Please comment below. 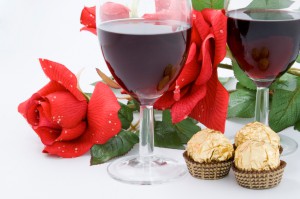 How to Make a Bad Habit Good

How to Improve Your Relationship with Your Spouse and Kids

Have you ever met someone who has an infuriating habit? Perhaps worse, does your spouse or one of your children have such a habit? I don't mean something that annoys you but one that really sets you on edge. Did you analyze why it aggravates you? You may be surprised. 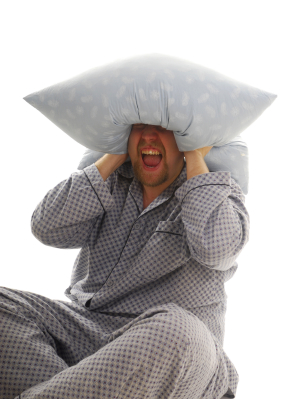 Why Does the Habit Infuriate You?

I have had a friend for many years who is a profuse thanker. When I would give her something to drink she would say thank you three, four, even five times. Occasionally I found myself commenting that once was sufficient. I started to get angry about the excessive thank yous.

What to Do About It

One day I decided to explore why her habit made me so angry. I came up with several conclusions:

The last point surprised me. I was disappointed in myself that I had created so much negativity by being jealous. The lesson:

Question – When you reacted negatively toward someone did you ever find it was for the wrong reason?

How to Stop Sabotaging Yourself

“And came Moses and Aaron to Pharaoh and said to him: so said G-d, G-d of the Hebrews, until when will you refuse to be humbled before Me?” (Shemos/Exodus 10:3)

Seven plagues befell Egypt yet Pharaoh refused to let the Children of Israel go. Why?

This coming Sabbath we read Parshas Bo. It continues from Parshas Va’eira with the final three plagues that eventually led to Pharaoh telling the Jewish people to get out of Egypt.

The Children of Israel are told Nissan will be the first month of the year. The commandment of the Passover Offering, the Pesach, is given. The time for the Exodus arrives and the conditions under which the Children of Israel left are described. The parsha ends with G-d giving the mitzvahs of consecrating first-born animals, redeeming a first-born son, and tefilin.

I do not know about you, but when everything starts going wrong in my life: back injury, bronchitis, dropping and breaking my computer, and a car accident, eventually I ask the question: What is G-d trying to tell me? So it seems inconceivable that after blood, frogs, lice, hoards of wild beasts, pestilence, boils, and hail that Pharaoh remained stubborn. Rabeinu Bachya, commenting on this idea, notes that G-d wants a person to submit his will to His will and this takes humility. Pharaoh was an extremely arrogant person and refused to humble himself, thereby causing his own downfall.

Many people suffer for their arrogance. Minor affronts loom so large for such people they retaliate. For the person who has internalized humility, such things are like water on a duck’s back, they roll off unnoticed. One who is arrogant insists on winning every disagreement and rarely if ever apologizes for giving offense. The humble person asks forgiveness even for an unintended slight or wrong. Who has the better quality of life?

Recently I read Alan Axelrod’s biography on General George Patton. Much of what I know about Patton comes from the eponymous 1970 movie. Axelrod relates an incident when Patton was a young 2nd Lieutenant during which he used the word damn to curse a soldier who had not done a job properly. Shortly thereafter, thinking the better of it, he gathered all of the people who might have heard the curse and apologized to the soldier. He voluntarily, publicly, and evidently sincerely apologized for the infamous slapping incidents. A profound believer in G-d, Patton worked all his life to restrain his arrogance. This was the first of many instances through which he won the respect and fealty of his men.

When you allow your arrogance to gain the upper hand, any perceived retention of righteousness is more than offset by the injustices almost inevitably committed.

Question – What techniques do you suggest for curbing arrogance? Please leave a comment below.