Do You See Yourself as Just a Veteran?

How to Use Spiritual Power to Drive Your Transition

Earlier this evening a shipmate asked me why veterans cling so tightly to their military identity. He’s known too many who couldn’t see the potential for enriching it in civilian life. Year after year they struggle to connect with non-military people. And their job prospects go nowhere. 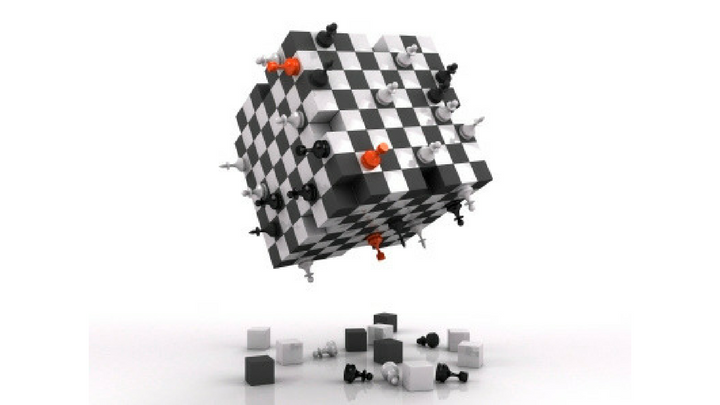 A Limited Self-Image Subjects You to Defeat

A large part of my work involves helping veterans see themselves in a new light as they reintegrate to civilian life. The process is age-old. Parshas Lech Lecha shows it's priceless:

Abram, later renamed Abraham, won a war against the armies of four kings. They’re the same ones who had defeated the armies of five kings. Yet Abram had just 318 soldiers. He had no tanks, jets, or other overwhelming firepower. Such a victory seems impossible.

At 75 years old, Abram took his wife Sarai, who was 65, and Lot to a strange land. You would expect the local inhabitants to overrun them. Yet they prospered.

As a small group, Abram and his family went to Egypt. Pharoah desired Sarai. How difficult would it have been for Pharaoh to kill Abram and take his wife? Instead, they leave Egypt with greater wealth than they brought there.

After that, Abram defeated four of the most powerful kings in the world.

Do you see a pattern to these events? If you focus only on the physical dimension it would seem the stronger side would have had to win.

The Power of a Revised Identity

The four kings saw themselves as great warriors. They confused their enemy’s greater corruption with their own strength. So they thought they could take Lot captive and break Abram’s spirit. Had they had Abram’s, or even Pharaoh’s, perceptiveness they would have realized such an endeavor had to fail.

Pharaoh identified himself as a deified monarch. But at least he had more insight than the four kings. Since G-d afflicted his household, he knew he could not defeat Abram. So he let him go.

In all Abram’s trials, the moral and spiritual dimensions dominated. By following G-d’s commandment to leave his home, Abram enlarged his identity. Over time he gained deep clarity about his reshaped persona. The Almighty recognized his development by rewarding his effort and amending his name to Abraham.

Clarity about your identity puts spiritual power behind your transition.

Put spiritual power behind your transition to civilian life. Find a quiet place to think about these two questions. Play some music that will inspire introspection. Write out your answers. Longhand will produce a greater impact than typing.

1. Who are you now? You’re already more than a veteran. You may have the roles of spouse, parent, child, and sibling. You may have a passion that makes up a part of your current identity. Write them down. Develop a hierarchy among the various facets.

2. Who do you need to be? As you approach or navigate civilian life, determine the components to add to your identity. Broaden your professional dimension. Consider facets to discard in favor in new ones that will help you better reintegrate. Review and alter your hierarchy as necessary.

Gain clarity on your reshaped persona. Doing so will focus your spiritual energy on reaching your transition objectives. You’ll communicate better with people who can help you. And you’ll show the Almighty you’ve done the hard work worthy of reward.

Have you been in a situation where the spiritual factor meant triumph rather than defeat?


Bible God spiritual growth success veterans
This entry was posted on Wednesday, October 25th, 2017 at 03:30 and is filed under Scripture, Transitions. You can follow any responses to this entry through the RSS 2.0 feed. You can leave a response, or trackback from your own site.

Cancel Reply
« Do You Want a Harmonious Transition?
How to Fulfill Your Desire to Keep Serving »