Secret to Lifelong Fitness – For Men and Women 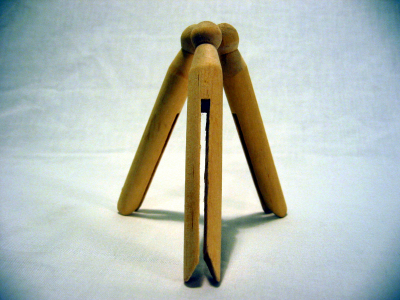 Why the workout? To demonstrate that only a three-legged structure is inherently stable. Consider a four-legged chair. No matter how carefully the legs are measured they will not be the same length so it will rest on three and rock on the fourth. The same is true for five or more. This is the model for your fitness. There are three aspects: physical ∞ mental ∞ spiritual.

Aside from physical steadiness, our mental conception of the world is three-based:

In the spiritual realm three has profound significance:

Thus the power of three is manifest in our world. Living intentionally by working within the triadic concept of the Three Pillars of Fitness aligns you with this potent force.

Question: Where else do you see three at work in physical, mental, and spiritual matters?


fitness health improving fitness mental health physical fitness spiritual growth
This entry was posted on Monday, May 20th, 2013 at 03:30 and is filed under Fitness, Resilience. You can follow any responses to this entry through the RSS 2.0 feed. You can leave a response, or trackback from your own site.

2 thoughts on “Secret to Lifelong Fitness – For Men and Women”