Proof You Have Mastery in You

In what area of your life do you seek mastery? Do you want to be a brilliant spouse or parent? Maybe you want to be a leader in your profession. Perhaps you aspire to a triumphant transition from military to civilian life, school to career, or profession to retirement. Each of these requires internalizing a set of skills. But true mastery means more than having the proper expertise. Joseph’s rise to power in Parshas Mekeitz shows mastery comes from within:

“So Pharaoh said to Joseph, “See, I have appointed you over the entire land of Egypt.” (Bereshis/Genesis 41:25) 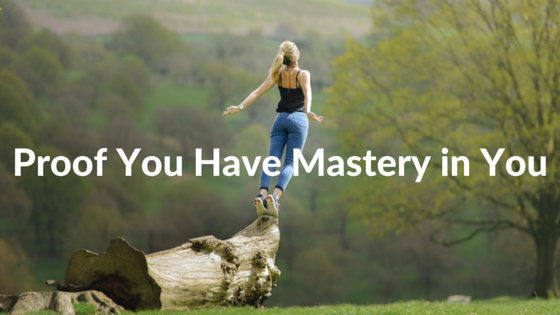 In this week’s parsha Joseph interprets Pharaoh’s dream and becomes Viceroy of Egypt. Next, the famine begins resulting in Jacob sending ten of his sons to Egypt to buy food. Joseph knows he must fulfill the prophecy that his brothers will bow down to him so he demands they bring Benjamin to Egypt. At first, Jacob will not consent but the lack of food becomes so severe he has no choice. Once they are all there, Joseph endeavors to find out if his brothers’ attitude has truly changed.

With no previous leadership training or experience, Joseph becomes the ruler of Egypt. Not only that, Pharaoh appoints him after thirteen years of servitude. What qualified Joseph for such a high-ranking position?

Joseph was a shepherd before being sold as a slave in Egypt. Notwithstanding his dreams that his brothers and parents would bow down to him, there’s no indication Joseph knew he was destined to become the number two ruler of Egypt. Yet when the opportunity presented itself he seamlessly stepped into a lofty, powerful role.

Throughout his life, Joseph exhibited extraordinary self-control over his actions. While enslaved in Egypt, he maintained his own identity in the face of pressure to adopt the dominant culture and his master’s wife's attempt to seduce him. His self-mastery allowed him to withstand temptation and retain his dignity in the face of being falsely accused and imprisoned.

Where Mastery Comes From

Even though Joseph never trained to be a leader, he spent his whole life leading himself. When the opportunity arose to lead a nation, his internal compass was so strong and his self-confidence was so high he was prepared for the huge responsibility Pharaoh placed on him. He could learn to navigate the halls of power on the job. He could hire someone to oversee logistics. But without self-discipline, he couldn’t project an aura of mastery over Egypt.

You may not aspire to lead the most powerful country of its day, but achieving mastery in any endeavor begins with controlling yourself. While you may not exhibit model self-discipline in all areas of your life, undoubtedly you have one or more where you are the master. You have already internalized mastery. As you look toward the new year, think about how you can build on the foundation that already exists. What is the next aspect of your life into which you can expand your self-mastery? Add a few new skills and you’ll be unbeatable!

Question – Where do you exhibit the strongest self-discipline? Please leave a comment below.


Bible God spiritual growth success
This entry was posted on Wednesday, December 9th, 2015 at 03:30 and is filed under Resilience, Soul, Transitions. You can follow any responses to this entry through the RSS 2.0 feed. You can skip to the end and leave a response. Pinging is currently not allowed.

4 thoughts on “Proof You Have Mastery in You”