How to Match Veterans to Your Job Openings

3 Qualifications All Military People Have

(NOTE: This is part of a series of articles for civilians who want to help veterans transition better. If you’re current or former military, pass this on to a civilian friend.)

From last week, you’ve seen that the military ingrains adaptability in its people. Now let’s look at how you can find veterans with the specific skill set you need. Most jobs require a mix of soft and hard skills. Your organization may call the first group people skills or emotional intelligence. It may refer to the latter as technical or practical skills. The names don't matter as much as understanding their military equivalents. 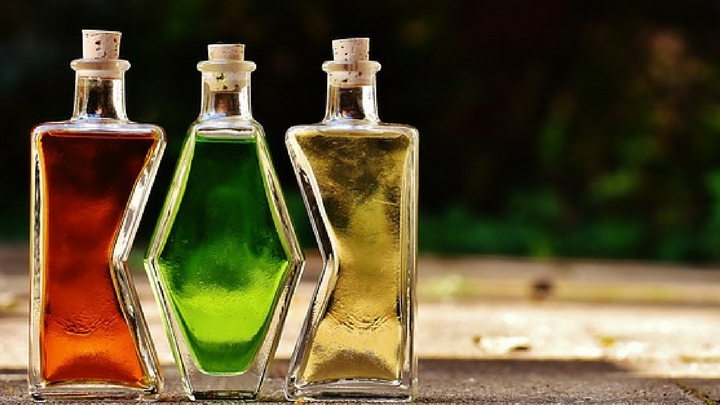 Military people have two basic career paths: enlisted and officer. About 80% of 1.3 million people on active military duty are enlisted personnel. The career paths cross when enlisted people become officers. Most warrant officers come from mid to senior level enlisted ranks. Rarely will you find enlisted people who started out as officers.

Most enlisted people join between completion of high school and age 21. Often, and for a variety of reasons, they’ve found college is not for them. Their first step is basic training, which lasts from 8-1/2 to 12 weeks. Most of the time, they’ll receive follow-on training in their specific job.

By contrast, all service branches require commissioned officers to have a four-year degree. Only 20% graduate from a service academy. The rest go through a Reserve Officer Training Corps (ROTC) program in college or join after college and attend Officer Candidate School (OCS). (The Air Force calls it Officer Training School.) As a result, officers tend to be a little older then enlisted when they begin active military duty.

Junior officers are expected to exercise leadership while they gain greater technical proficiency in their job. Senior officers hone their leadership skills while developing command ability.

Staff officers bring hard skills to the military. They attend an abbreviated officer-training course to acclimate them to military life.

Leadership is the key to promotion for both the enlisted and officer career paths.

With the above in mind, you can begin to match job openings to military qualifications. What education level and mix of hard and soft skills does a position need?

1. Education Level. Contrary to the stereotype, military people are better educated than the population as a whole. They are 1.5 times more likely to have graduated high school. Over 90% of enlisted people have their diploma. Officers are three times more likely to have a college degree. Eighty-four percent of officers have at least bachelor’s degree. Over 40% have an advanced degree.

2. Mix of Soft and Hard Skills. The more a job entails the former, the more senior the military person you should target. NCOs provide hands-on leadership. The civilian equivalents include foreman, team leader, or supervisor. SNCOs provide daily operational leadership. They have responsibilities similar to managers or directors in civilian organizations. See last week’s post for more on leadership levels.

Time in service (TIS), how long someone stays in the military, varies by category, job, and contract. Most enlisted people serve for one or two active duty periods, lasting a total of four to six years. Officers have to serve at least eight years. Several of these years can be in the reserves.

To be eligible for a pension, a person must serve at least 20 years. Service members separated early for medical reasons may qualify for pension-like payments.

Broken down by category, TIS is as follows: 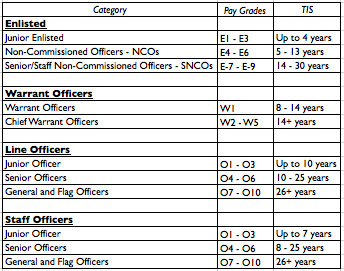 The higher the pay grade, the longer the TIS. And, with greater TIS comes multiple deployments. This gives a service member the opportunity to put his skills to use under the most adverse conditions.

As with any organization, many people do not fit into the general patterns outlined above. Nonetheless, they give you the guidance you need to figure out which group of military people has the basic qualifications you need for a particular job.

Next post, I’ll cover military occupations. Then I’ll give you an example of how to use this information to create a detailed job description tailored directly to the veterans you want to recruit.

What do you find most confusing about how the military personnel structure works?


Employment jobs veterans
This entry was posted on Sunday, September 24th, 2017 at 03:30 and is filed under Transitions. You can follow any responses to this entry through the RSS 2.0 feed. You can skip to the end and leave a response. Pinging is currently not allowed.