How to Defeat Your Worst Enemy

“The first one emerged red, all of him was like a hairy mantle.” (Bereshis/Genesis 25:24). Rebecca bears Esau and Jacob, the latter grasping at the heel of his brother. Can you hear the theme song to Jaws portending a grim outcome? 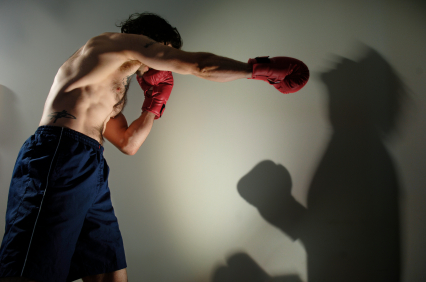 The parsha for this Sabbath is Toldos. Jacob and Esau are born. Then Esau sells his birthright to Jacob for a pot of lentil stew and a famine forces Isaac to move to Gerar where he disputes with the Philistines and makes a treaty with Abimelech. Esau marries two wives. Next as Isaac lays dying he blesses his sons precipitating Esau’s hatred for his brother that causes Jacob to flee to Bethuel’s house. Jacob is admonished not marry a Canaanite and Esau marries a third wife. Who needs Dynasty?

Jacob and Esau provide the arch-type of the battle between good and evil.

Contrary to the popular belief that children are born good, the Jewish view is that each person is born with a yetzer hatov, the urge to do good, and a yetzer hara, the urge to do evil. Undoubtedly you have felt pulled in two directions when faced with a moral dilemma. This is the struggle between your yetzer hatov and yetzer hara and you must decide which you are going to follow, the essence of free will.

Both Jacob and Esau faced this same struggle and represent the two sides. Although they were twins each followed a very different path.

The Torah notes that Esau was born with a mantel of red hair. Although Rashi remarks that this was a sign that he would become a murderer, such was not inevitable.

King David was described as ruddy. The prophet Samuel was concerned that he would be a murderer like Esau. But G-d assured Samuel that David would only take a life at the behest of the Sanhedrin. G-d did not prevent David from killing wantonly, rather David learned to restrain his yetzer hara and turned it to productive purposes. Esau did not.

Your task is clear. Pursue Jacob’s path and avoid that of Esau. Examine your character traits and figure out how each of them can be used to support your yetzer hatov and defeat your worst enemy, your yetzer hara.

Question – What steps have you taken to habituate your yetzer hara to positive pursuits?


Bible character traits G-d Judaism religion spiritual growth
This entry was posted on Wednesday, October 30th, 2013 at 03:30 and is filed under Ethics & Values, Scripture. You can follow any responses to this entry through the RSS 2.0 feed. You can leave a response, or trackback from your own site.

One thought on “How to Defeat Your Worst Enemy”

Cancel Reply
« Flying in a Navy Jet: How Disappointed Dreams Can Help You
The Essential Quality for a Successful Marriage »