The Bottom Line on the Value of Your Military Skills

Do You Know Which Are More Valuable in the Private Sector?

Pilot or aircraft maintainer – who has the more valuable job? Most people say the pilot. After all, the cost to get a military pilot through basic flight training is $1 million. It can cost as much as $9 million to reach operational effectiveness. I’ve based these figures on a 1999 study. The most recent I could find. Since it costs perhaps $200,000 to train a maintainer, most people must be right. Except they're wrong. 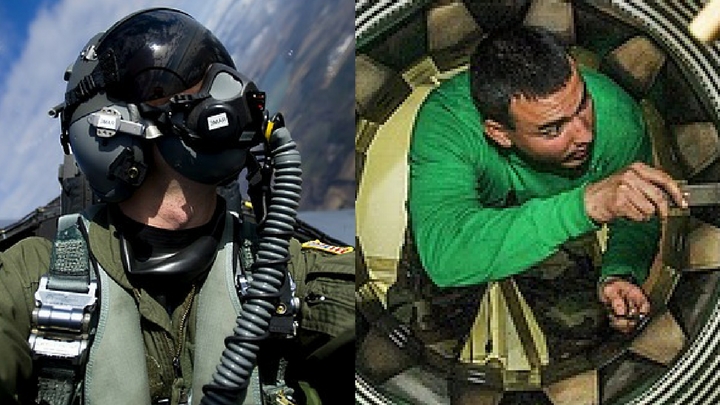 Early in my real estate career, I learned cost and value don’t connect. A couple had spent $25,000 remodeling their kitchen. But when I appraised their house it added only $15,000 to its value. Oops!

We want to believe that when something costs a lot it has to be more valuable. Think Armani Suits or Jimmy Choo shoes. But the cost to make such goods is a fraction of the selling price. Marketing and snob appeal create a value disconnected from the cost of production.

You see this everywhere today. Media make a compelling case for the death of consumer branding. But of the top 20 consumer brands, 17 increased their value. They have a good reason for working to do so.

A recognized brand can get a premium price for its products and services. Think Apple, Disney, and Samsung. Disney’s brand has translated into the cost to visit Disneyland outstripping inflation by a factor of 40 since the late 1970s.

Pilots carry a similar status. Top Gun became a recruiting godsend for the Navy by making aviators uber-cool. For a century, they’ve been the knights of our society. But there are signs that like the paladins of old, their sunset approaches.

The rise of unmanned aerial vehicles has changed the game.

The high cost of training a pilot and operating manned aircraft are the very issues that make their future value uncertain.

You can buy an F-35 for $101 million. It costs $35,000 to operate it for an hour. Contrast this with a UAV. The Predator costs $13 million and $1,500 respectively. At eight times the price and 23 times the flight hour cost, the F-35 is expensive. And that doesn't count the human cost if a pilot crashes or is shot down.

As the percentage of the military’s budget for personnel and training continues to climb, you can bet it will work to reign in these expenses. Eliminating 1,000 pilots, less than 4%, would save the defense budget $9 billion in training costs alone. That amounts to a 1.5% of the DOD’s budget.

While the military has incentives to reduce the number of pilots, what about the civilian side? How much money could Fedex save by converting their small aircraft to UAVs? What about UPS? I use cargo carriers as an example because packages won't get nervous without a human in the cockpit. But airline legacy carriers struggle to survive. In the meantime, newer ones form that offer lower pilot compensation.

Many former military pilots have found their civilian job prospects less rosy than they used to be. The median pay for commercial pilots is $77,200. Salaries for new hires at regional airlines range from $50,000 to $60,000.

Enter the “lowly” maintainer. Does it matter whether he works on a manned or unmanned aircraft? Hardly. They both have to be ready to fly. The aircraft maintainer who stays ahead of the knowledge curve will always be in demand. The median pay for an aircraft mechanic is $81,862. The lowest 10% make $61,624 or less.

Examine the value of your military skills, leadership ability, and accomplishments. Don't fall into the cost versus value trap. Create your Unique Value Proposition based on a clear analysis of how you can best use them to get a job you’ll love.

Are you clear about the value of your skills?


jobs success veterans
This entry was posted on Sunday, June 18th, 2017 at 03:30 and is filed under Finances, Transitions. You can follow any responses to this entry through the RSS 2.0 feed. You can skip to the end and leave a response. Pinging is currently not allowed.