Are You Being Real? Really?

You hear a lot about being real. But what does that mean? When my daughter doesn’t get enough sleep she acts cranky and is hard to deal with. She’s being real, but I discourage such authenticity. It turns out being real dates back thousand of years. Parshas Noach tells the tale:

“These are the offspring of Noah, Noah was a righteous man, perfect in his generations.” (Genesis/Bereishis 6:9) 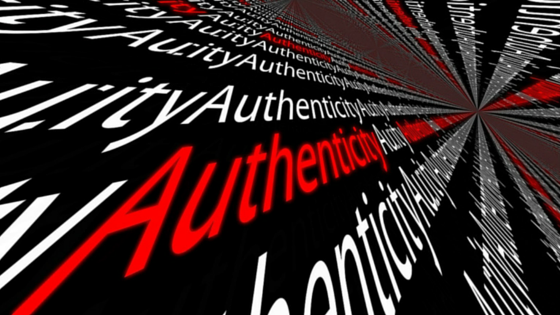 The parsha for this Sabbath is Noach. In it, we read about G-d choosing Noah to save humans, animals, birds, and creeping things from total destruction in the flood. Rain falls for 40 days and nights and the waters churn for another 150 days. After they recede Noah brings an offering to G-d. Then he defiles himself when he plants a vineyard and gets drunk on wine. As a result, we learn the true characters of his sons.

The parsha ends with a list of Noah’s descendants who formed the 70 nations, the story of the tower of Babel and dispersion of the nations, and the ten generations from Noah to Abraham.

The Source of Your Humanity

G-d connects to each human being by implanting a spark of Himself in the person’s soul. Your spirituality, deepest beliefs and values, love and other emotions, all emanate from this source called the neshamah.

Your neshamah resides inside you but also remains rooted in heaven. The strength of this connection comes from how diligently you pursue a relationship with the Creator.

Your Name on Earth and in Heaven

Whatever you’re called in this world, your neshamah has the same name in heaven. I’m Akiva ben Yosef (well at least to my rabbi when I’ve done something particularly worthwhile) here on Earth. The Almighty knows my soul by the same name. (Presumably, He has no trouble distinguishing me from the great Rabbi Akiva ben Yosef!)

When you’re born, the earthly and heaven-rooted aspects of your neshamah are linked with no intrusions between them. Throughout your life, the things you do to enhance your relationship with G-d keep the link unsullied. When you do things that diminish this relationship, the connection is whittled down. When your conscience bothers you, it’s a sure bet a little of the link has been pared off.

Noah was Being Real

The above verse would be easier to read if it said, “These are the offspring of Noah, who was a righteous man…” That his name was repeated teaches the Noah in this world and his heaven-based neshamah Noah retained the same connection they had at his birth. He remained perfectly linked.

His authenticity came from there being only one Noah. He was not one person when he dealt with his wife and another when he pursued his work. He properly and sincerely cared for each soul in his charge, human and animal. He was always being real.

When you do things, like helping other people, the bond between the earthly and heavenly aspects of your neshamah becomes stronger. When you have greater congruency between your deeds and thoughts, the bond gains even more strength. Herein lies the essence to being real.

Next time someone tells you to get real, consider what kind of authenticity they’re urging on you. Is it behavior that comports with the latest societal fad? Or is it the timeless authenticity exhibited by Noah, who by being real, remained intimate with all living creatures and the Creator his whole life.

Question – What does being real mean to you?


Bible God spiritual growth
This entry was posted on Wednesday, October 14th, 2015 at 03:30 and is filed under Scripture. You can follow any responses to this entry through the RSS 2.0 feed. You can skip to the end and leave a response. Pinging is currently not allowed.