How to Adapt Your Identity to the Private Sector

Do You Know the Military Traits that Challenge Civilians?

Reservists who deploy for six to twelve months face a daunting challenge. They need to quickly adapt to military life. In processing helps awaken their dormant military identity. Dress, attitude, and demeanor shift out of civilian mode. But then they finish their deployment. And they have to reorient to civilian life again. This cycle of identity changes repeats itself… 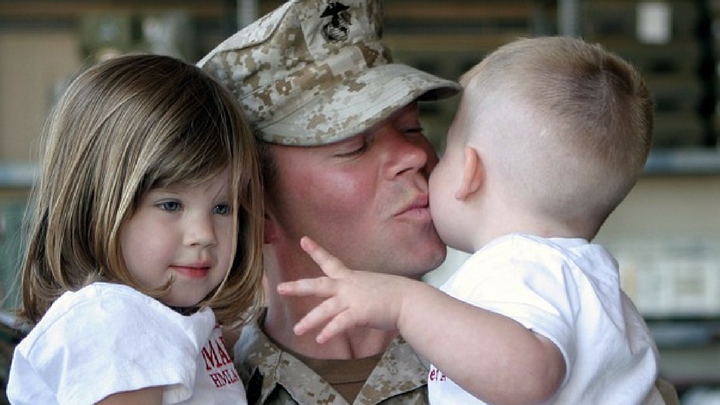 The Marine Corps is known for instilling a strong identity in its people. Even Marines long out of the Corps call themselves Marines. Indeed, each branch of the military uses training to embed a unique ethos into its people.

Uniforms. Without a doubt, military dress identifies us. But even the civilian clothes we wear are distinctive. Khaki slacks, a polo shirt, and a dark blue blazer are standard attire when job-hunting. How are civilians in your field dressing for meetings and everyday work?

Grooming Standards. Most men in America don’t have short hair. Join it with clean-shaven and you can spot a service member a mile off. This doesn't bother most civilians but it does cause you to stand out.

Formality. Post-deployment you're used to calling people sir and ma’am. You refer to colleagues by their last names and/or job title. Both mark you as a military person. In the private sector, people don't call a coworker “team leader” (Sergeant) or “network troubleshooter” (IT1). Use first names unless you hear people doing otherwise.

Tone. Military speech is direct and abrupt. It sounds harsh to a civilian ear. Tone it down.

Jargon. If you call a restroom a head your civilian colleagues won't know what you mean. But, they may call HR and report you. Get back into your civilian field’s jargon.

Taunting. The way people pick on each other in the military used to be common throughout society. People poked fun at each other, including at race and gender. Most service members let it roll off their backs. In civilian life, it’s called harassment. Don't do it.

Some military traits have become common in civilian life. People swear in private sector workplaces. But they have a way to go to reach the level of the military. As well, many civilians have tattoos. But service members tend to have military imagery.

During deployment, these characteristics root in military people without their realizing it. When they get home, family and friends see the change. But the service member just sees himself.

2 Steps to Adapting Your Identity

In the desire to get back to loved ones, reservists rarely take time to re-set their identities. They take off their uniforms. But they show up in the workplace with a distinctive military personality. Conflict begins.

What sounds like a request to a military person sounds like an order to a civilian. Sir and ma’am grate on the ear. Rules restrict work hours. It’s dismaying after having spent the previous seven months working 18 hours a day, 7 days a week making sure the job got done.

Some civilians attempt to adopt military jargon to connect with veterans. But lack of experience leads to clumsy results. Military people use the term “sandbox” when referring to Iraq or Afghanistan. But the term can sound dismissive when civilians use it.

Less than 0.4% of Americans are on active military service. About 7% are veterans. But this includes all wars. Many have long since transitioned to civilian life. No matter how much our fellow citizens respect our service, we can't expect them to overturn society for us.

We're the ones who have to reset our identities:

1. Assess which military characteristics you exhibit.

2. Choose the easiest one to change. Figure out a civilian mode. Practice it. Pay special attention to doing it when with civilians.

You have to learn to navigate the private sector using civilian practices. The sooner you get started the better your transition will be.

What is your most distinctive military characteristic?


jobs success veterans
This entry was posted on Sunday, December 24th, 2017 at 03:30 and is filed under Transitions. You can follow any responses to this entry through the RSS 2.0 feed. You can skip to the end and leave a response. Pinging is currently not allowed.