Patience, I have been told, increases as you get older.  If that is the case I guess I never got much beyond 13. 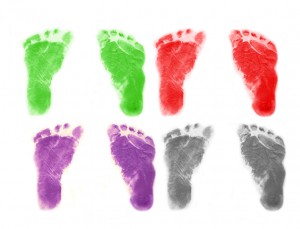 I became an Eagle Scout in the minimum time possible.  But after that, having held the top scout leadership position, I got bored.  As a result, I lost out on many more lessons I could have learned from the scouts.

I became an entrepreneur at 25.  Looking every bit my age while working to convince people to let me handle their multimillion-dollar assets, I tried every short-cut to success.  None worked.  Not until I began the slow climb to mastery in my profession and in business skills such as sales did I succeed.

You would have thought that when I decided to join the Navy as a chaplain I would have been more composed.  The two years it took me to qualify were punctuated by angst at how long it was taking.

But while planning to leave active duty and go back into business, I realized I had much to catch up on from the previous six years.  My progress would not come rapidly, and if it did was unlikely to be either permanent or desirable.  The Navy taught me this crucial lesson.

For enlisted sailors bent on making a career in the Navy, their biggest milestone is becoming a Chief Petty Officer.  As the saying goes, chiefs run the Navy. It remains true today. They teach and lead enlisted sailors but also they train junior commissioned officers.

In past times chiefs had ten to twelve years or more of service, making them at least 30 years old, often older.  Not only did this give them plenty of time to become technically proficient and to develop leadership skill, they matured.  Many chiefs made significant mistakes early in their careers from which they had to recover, gaining wisdom along the way.  As a result, young enlisted sailors looked up to them.  As important, recent college graduates joining the officer corps respected these grizzled fonts of all things Navy.

Today, when sailors become Chief Petty Officers after as little as seven years, meaning they are typically in their mid 20s, they have had insufficient time to learn the numerous small lessons along the way that make them unparalleled technicians and wise leaders capable of commanding respect.

The result is more wrongdoing.  And since accountability among leaders must be more rigorous to set the example to junior sailors, they are less likely to recover.  As a result, the reputation of Chief Petty Officers, in general, has declined.

Distilling the lessons of my time in the Navy, I have concluded:

Baby Steps are Better Than Leaps

Wine is not the only thing that gets better with age.  Shortcuts do not lead to greatness.  We human beings need to slowly ripen to achieve and maintain our greatest potential.

Can you recount a situation in which you made rapid, sustained progress and maintained it?


character traits maturity patience success
This entry was posted on Sunday, August 17th, 2014 at 03:30 and is filed under Relationships, Resilience. You can follow any responses to this entry through the RSS 2.0 feed. You can skip to the end and leave a response. Pinging is currently not allowed.