3 Qualities to Highlight When Job-Hunting

Why It’s Not Enough to Want a Job

If I had to sum up Navy aircraft maintainers in one word it would be tenacious. Day and night, they toiled to make sure planes were ready to launch. They missed meals and skipped doing laundry. “No fly days” didn't mean no maintenance days. Often they didn't have free time until a port call. My Marine Corps fighter squadron had some of the oldest jets in the fleet. Yet they kept them flying. I called them the MacGyvers of the Air Wing. 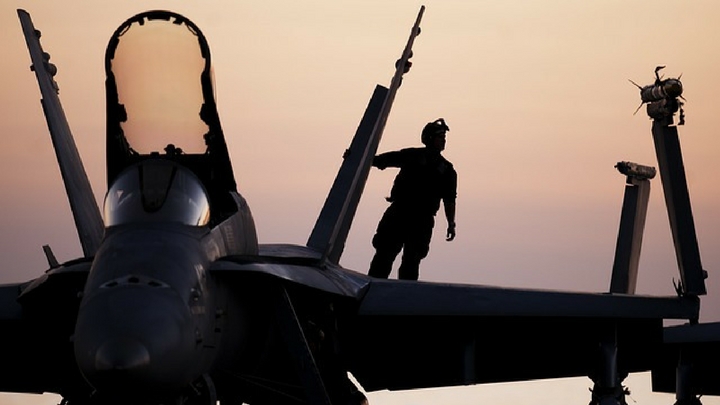 Despite their resolve, most squadrons rarely had 100% of their planes ready to fly. Some matters were beyond their control. Material control struggled to get parts to repair older airplanes. One jet spent our deployment in the hangar. We couldn't get the parts to fix it.

I felt bad for the sailors of its squadron. Everyone on the ship walks through the hangar. They couldn’t disguise this symbol of their seeming defeat. Their plight reminded me of how G-d refused to let Moses enter the land of Israel. In Parshas Va’eschanan he makes a final, poignant plea:

“Let me cross, please, and see this good land that is on the other side of the Jordan…” (Deuteronomy/Devarim 3:25)

Moses led the Israelites out of Egypt and through 40 years of wandering in the wilderness. Yet because of one error, the Almighty decreed he would not take His people into the Promised Land. Moses didn't want to die with his mission unfulfilled. He made clear the depth of his desire in this last-ditch appeal to G-d. The answer was no. So Moses soldiered on. He did his utmost to prepare the Children of Israel for their new life even though he would not be part of it.

The aircraft maintainers in my Air Wing inherited Moses’s determination. They turned the downed jet into a symbol of tenacity by using its parts to keep other planes flying. I’ve seen the same level of commitment among all service members. I cannot say the same thing about any other group.

Private sector employers value veterans’ perseverance. They know it’s a rare trait among today’s employees. Embedded in it are two other qualities they want:

You can tell employers you have these qualities. But you’ll have greater impact if you come up with two or three short stories highlighting them. Make them no more than two minutes long. Use this format:

Problem → Consequence of Not Solving It → Your Solution

Make sure at least one of the qualities is obvious. Here’s an example:

We’re in the Persian Gulf flying combat missions into Iraq. We couldn’t fix a fighter jet because there were no spare fuel pumps on the ship. With that plane down our squadron wouldn't be able to execute its part in flight operations the next day. That meant another squadron would have to pick up our slack. We spent the entire day contacting shore-based aircraft maintenance depots and finally found the part we needed. I coordinated with my squadron commanding officer to have it flown to the ship by 8 PM. They I worked with my crew through the night to install, test the jet, and ensure it was ready to fly by launch time.

It doesn't matter if you’re hunting for an aircraft maintenance job. The point of the stories is to prove you have the qualities an employer wants.

Take some time now to think about the times you came through in a clutch situation. Write them out as short stories. Practice saying them until your delivery is smooth but doesn't sound rehearsed.

Unlike Moses, you can attain your ultimate goal. A high-paying job is well within your reach. Companies are desperate for employees with the qualities you developed in the military. Rather than pleading for a job, give vivid proof you have them. Such confidence in your abilities will make a company scared you’ll go to work for its competitor.

When did you exhibit perseverance, self-discipline, and overcoming obstacles?


Bible God jobs spiritual growth success veterans
This entry was posted on Wednesday, August 2nd, 2017 at 03:30 and is filed under Scripture, Transitions. You can follow any responses to this entry through the RSS 2.0 feed. You can skip to the end and leave a response. Pinging is currently not allowed.